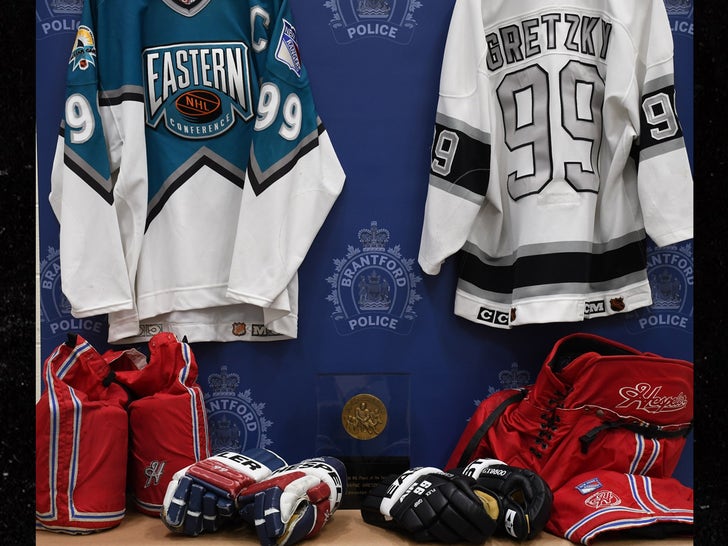 The Great One now owes a great deal of gratitude toward cops in Canada ... 'cause police in Ontario say they've recovered a bunch of Wayne Gretzky's memorabilia after it was stolen from his dad's home in the summer.

Cops say back in August 2020 ... Gretzky family members reported a bunch of Wayne's game-worn items and awards had been jacked from the home of his 82-year-old father, Walter Gretzky.

Police say memorabilia that was taken included game-used sticks, jerseys, gloves, pants and even a Player of the Year award.

But, good news ... cops say after a 3-month investigation -- they were able to recover a bunch of the items AND arrest some suspects.

The Brantford Police Service announced Tuesday they executed search warrants this month and recovered Gretzky gear that was estimated to be worth over $500,000.

The BPS also revealed it arrested and charged two 58-year-old suspects, one female and one male, in connection with the theft.

"On behalf of our family, I would like to thank the Brantford Police Service, the Ontario Provincial Police, and the Royal Canadian Mounted Police for everything they have done regarding this investigation," Glen Gretzky, Wayne's brother, said in a statement.

"I would like to sincerely thank every member of the team; the professionalism, dedication and support they have shown has been greatly appreciated." 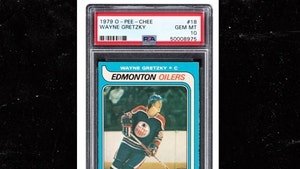 Wayne Gretzky Rookie Card Fetches $1.3 Mil At Auction, Most Ever For A Hockey Card!