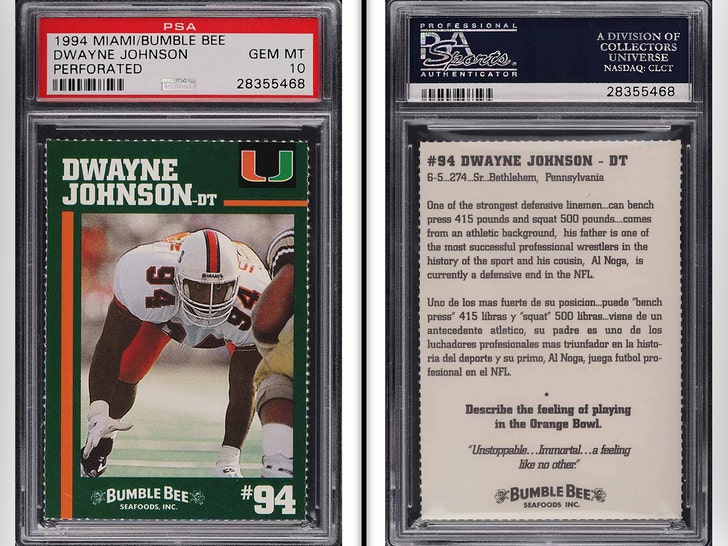 Finally, THE ROCK has come back to the football card world -- because a super rare Dwayne Johnson card just sold for $14,000!!!

Remember, before Dwayne Johnson became "The Rock" -- he was a college football player at the University of Miami.

And, during his 1994 season, Bumble Bee -- the tuna company -- produced a set of cards featuring some of the team's best players ... including Ray Lewis and Warren Sapp!

Bob Marley's son Rohan Marley was also included (he was a linebacker at The U).

Legend has it ... the 24-card sheets were handed out at the Orange Bowl during a game that season, but it was a rainy day and most people didn't save the cards.

In fact, there are reportedly less than 50 of the Dwayne Johnson cards from that set in existence today!

So, when the folks at PWCC auctions got their hands on a mint condition (PSA 10) card of the future WWE superstar ... they knew they had a banger.

DO YA SMELLLLLLL ... WHAT THE ROCK'S BUMBLE BEE TUNA FOOTBALL CARDS ARE COOKING?!!