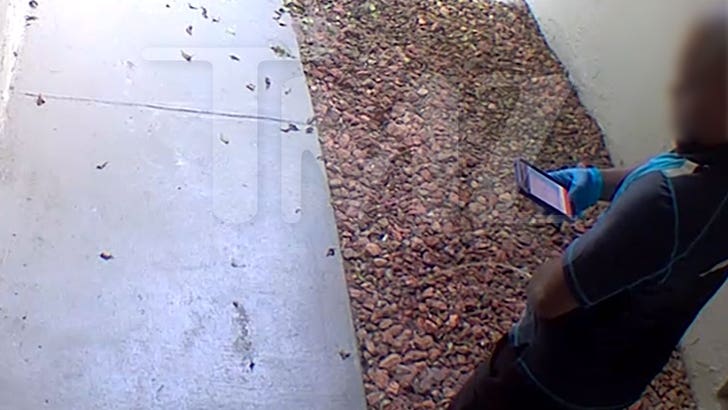 Talk about a piss-poor decision from an Amazon delivery driver ... this one in Florida -- shocker -- where the driver was caught on video peeing in front of the customer's apartment door.

This whizz incident went down at the Palms of Boca Del Mar apartment complex in Boca Raton, where a resident was expecting a trace laser ... typically used on pistols.

We're told the customer heard a loud slam from inside his apartment ... apparently the package hitting the ground. He looked at his security camera (ironically an Amazon Blink XT2) and was horrified seeing the driver handling his own package with care ... peeing inches from his front door. The driver appears to have zero qualms about relieving himself.

BTW ... the customer's laser was damaged. We're told Amazon's already shipping him a new one and looking into the incident.

As for the pee ... a rep for Amazon tells us, "We have very high standards for our associates, and expect every package to be handled with care. This incident does not reflect those standards. We’ve notified the right teams internally and will work with the customer directly to make it right." 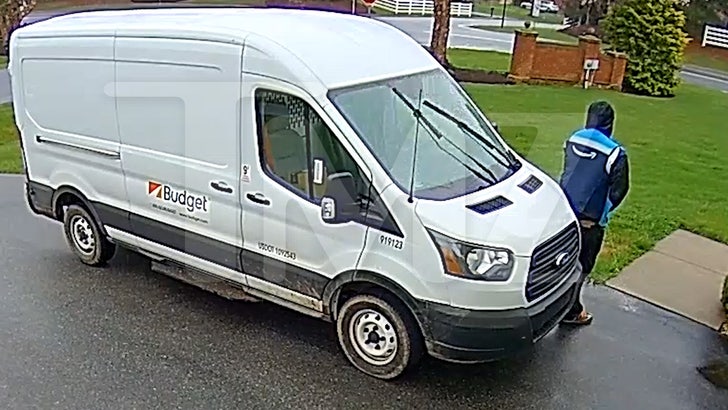 This isn't the first time Amazon's turned smiles into scowls. You'll recall back in April another delivery driver peed on a customer's driveway. Remember, when nature calls ... HOLD IT!!! 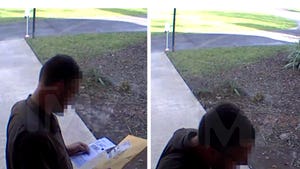 UPS Driver Fired After Customer Claims He Spit on Package 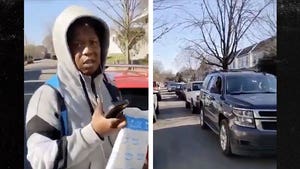