James Harden is saying goodbye to his home of 9 years with an emotional tribute ... saying he is "forever indebted" to the city after failing to bring the Larry O'Brien trophy back to Houston.

The 2018 MVP had a messy breakup with the Rockets to say the least ... from asking for a trade, to partying in ATL and Las Vegas during training camp, to publicly bashing the team.

But, JH put all that aside in his final message to H-Town ... thanking the organization and city for taking a chance on him.

"What can I write? What words can convey all the ways I feel," Harden said Friday.

"Houston you welcomed me with no guarantees. Took a leap of faith and it changed my life and the lives of my family, forever. This organization, this city has given me everything I could ask for and more."

FWIW -- the Rockets won their first game of the post-Harden era Thursday night ... beating the San Antonio Spurs 109 to 105. So, things aren't all bad in H-Town!!

The superstar continued ... "I gave my mind, body and soul in hopes of bringing the glory to the city. I fell short and for that, I am forever indebted. It’s far from a goodbye, as I pay all my debts."

Now, Harden joins Kevin Durant and Kyrie Irving to form a super team in Brooklyn ... where he hopes to finally get that first ring. 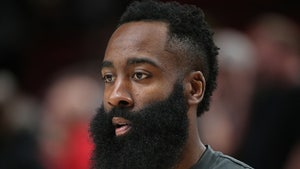 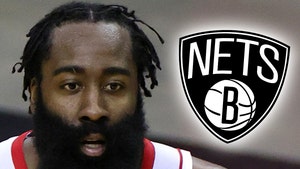