The NY Jets made history with their head coaching hire Thursday night ... they inked a deal with Robert Saleh, reportedly making him the NFL's 1st-ever Muslim head coach.

According to Muslim civil rights advocacy group CAIR (Council on American-Islamic Relations) ... no other Muslim had been given the role in the league's history prior to Saleh's hiring.

"We welcome this development as another sign of the increasing inclusion and recognition of American Muslims in our diverse society," CAIR spokesperson Ibrahim Hooper said.

"We welcome this development as another sign of the increasing inclusion and recognition of American Muslims in our diverse society," CAIR's Ibrahim Hooper said.https://t.co/USt9PT22pJ@davidkli @NBCNews @NFL @RealRobertSaleh @nyjets @NYJetsPR #NFL @MySportsUpdate @aayoub @ADC

41-year-old Saleh -- who was born in Michigan but has family roots in Lebanon -- has been a straight-up hell of a coach since he was promoted to defensive coordinator in San Francisco.

In fact, many NFL pundits have already praised the Jets for the hire ... saying what Saleh did with the 49ers the past four seasons makes him a safe bet to succeed in New York.

Saleh's 49ers' defensive groups have been consistently some of the best in the NFL ... and stars like Richard Sherman praised him after the Jets made the hiring official this week.

The @nyjets got a great one! Congrats to them!

"The @nyjets got a great one!" Sherman said on Twitter. "Congrats to them!"

Saleh is expected to bring over some of the 49ers' offensive assistants as well ... which many believe could help save Sam Darnold's fledgling career. 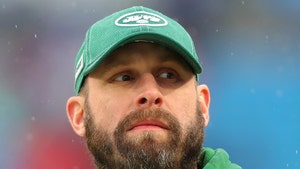 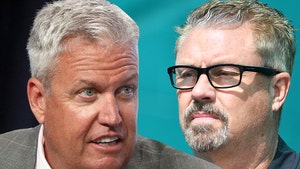