The Golden State Warriors are finally returning to the White House ... courtesy of a one-of-a-kind gift to Vice President-elect Kamala Harris from NBA superstar Stephen Curry!!!

The Oakland native and HUGE Warriors fan is set to become the 49th -- and first female -- VP in the history of the United States on Wednesday ... and Curry came through with an unforgettable present that'll look reaaaally good hanging up in Harris' White House office.

The 3-time NBA champ surprised Harris with a video prior to Wednesday's inauguration ... presenting her with her very own #49 Warriors jersey with a "Madame VP" nameplate and an autographed message from Curry.

Of course, the Warriors' recent championship teams famously boycotted visiting the 1600 Penn during Donald Trump's presidency ... so it'll most likely be the first time any sort of positivity about the Dubs has entered the White House in a LONG time.

"Madame Vice President, I'm not saying you've got to put this up in your office at the White House, but it probably would be a good idea," Curry said in the video.

"Congratulations! Blazing your own path, we are all rooting and supporting you the whole way." 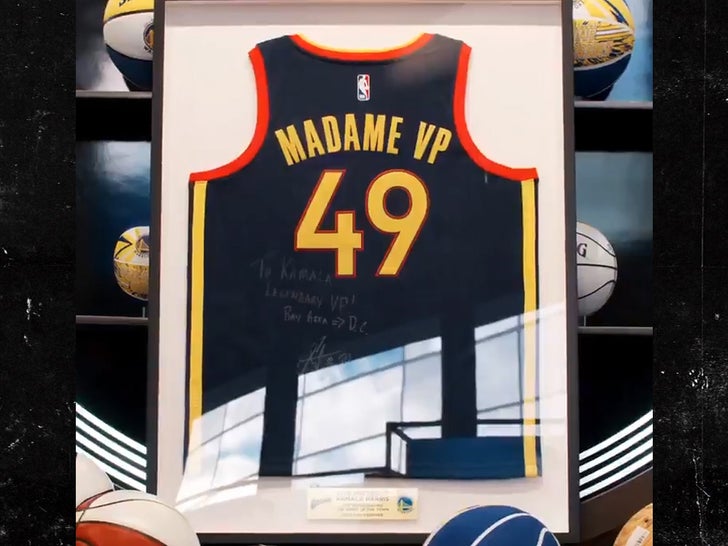 Worth noting -- the Dubs have recently moved to San Francisco, but are paying homage to their former home of Oakland with a special City Edition jersey this season ... which is what Harris received.

The soon-to-be VP pretty much freaked out in excitement over the gesture ... saying, "This means so much to me, you guys."

Curry also showed love for Harris following the results of the election in November ... sending her an autographed Curry #30 jersey. So, yeah, she may need a bigger closet just for her Dubs merch.

Harris continued ... "I will proudly, proudly display this in the office of the Vice President of the United States, an office I am about to occupy and I cannot thank you enough and you always bring such joy and pride to me, as a daughter of Oakland." 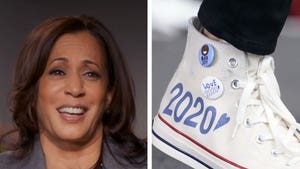 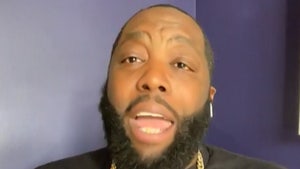