8:18 AM PT -- Comedian Donnell Rawlings, who was scheduled to perform on the same night as Ron White, tells TMZ ... he's tested negative and feels "good mentally and physically." He added he has no symptoms.

The comedian also weighed in on the risks that come with catching COVID saying, "There is always some risk when you're trying to better someone's life. This is the reality of the coronavirus, you can do everything to be safe, but there is always a possibility that you can be unsafe. We did everything we could to give people a good time. Mental health and physical health are neck to neck."

Rawlings added, "I texted Dave yesterday to check on him and I said, 'I love you brother' and 'we are gonna get through this.' His response -- "I know we will, but dammit, I thought it was gonna be you before me!" Great to see Dave's in great spirits.

7:34 AM PT -- Ron White, who did 3 shows with Dave and Joe last week, tells TMZ he'll go into quarantine until he's tested for COVID later Friday. He says for the shows, "every precaution was made for it to be a safe environment and it was ridiculously fun to be back on stage after 10 months." Ron adds that he feels fantastic.

6:01 AM PT -- 1/22 -- Joe Rogan, who was around Dave this week, says he's in the clear, "Because people are asking, I was not exposed to the person who had covid and I have tested negative every day this week. Also, the person that gave covid to Dave was NOT Elon’s partner, Grimes."

Dave Chappelle tested positive for COVID-19 and has canceled a string of shows in Austin, TX ... TMZ has learned.

A rep for the comedian tells us Dave is currently quarantined after the positive test, but he has not yet experienced any symptoms. Dave performed the first of 5 shows in Austin Wednesday night with others scheduled for Thursday, Friday, Saturday and Sunday.

We are told the remaining shows -- 2 of which included Joe Rogan -- have all been canceled and refunds will be offered.

Chappelle, Rogan, Elon Musk and Grimes were photographed together earlier this week at Stubb's Amphitheater ... where his shows were all scheduled.

Dave's been performing socially-distanced shows since June in his native Ohio, with rapid tests for the audience and regular tests for him and his crew. 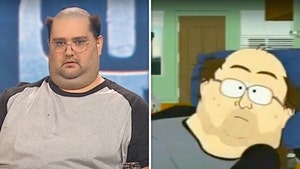 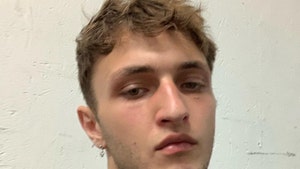