Sarah Fuller's used to performing under pressure, but doing it barefoot and in freezing temps was something new as she played a key role in President Biden's Inauguration celebration.

The Vanderbilt University football/soccer player was in Nashville for the "Celebrating America" special and introduced the nation's first female VP, Kamala Harris.

Vanderbilt's associate athletic director tweeted photos of Sarah at a freezing cold stadium recording her intro ... and she showed up in heels. 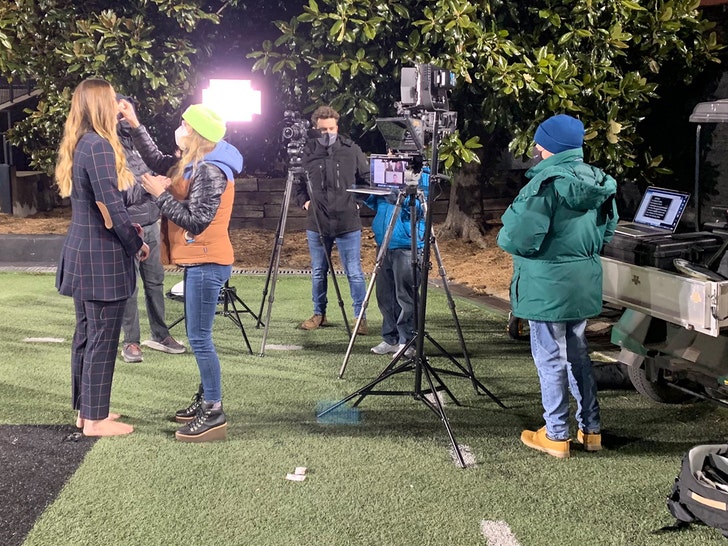 The AD says Sarah started out shifting side to side in the turf, probably to shake off the nerves -- but then she lost the heels, and once barefoot ... nailed it.

Sarah's intro for VP Harris referenced her own challenges on soccer and football fields. She said, "I faced a lot of challenges as a goalkeeper on the Vanderbilt University women’s soccer team and as a kicker on the football team. But seeing other women break barriers and being first at what they do inspired me and gave me the strength to succeed."

She continued, "and that’s why it is such an honor to introduce a true groundbreaker. And after 232 years of waiting, being able to say these words — our nation’s first woman vice president, vice president Kamala Harris."

It should go without saying, but Sarah introducing Kamala was a perfect fit. 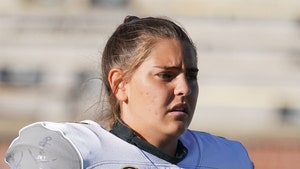 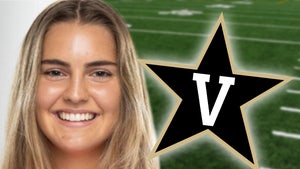