Awesome honor for Sarah Fuller ... the Vanderbilt kicker, who just became the 1st woman to ever compete for a Power 5 college football team, has now earned an SEC Player of the Week award.

"Fuller made history Saturday," SEC officials said in a statement.

Fuller -- who just joined the Commodores' football team last week after it was left shorthanded due to COVID-19 -- kicked just one ball for Vandy on Saturday, but she made it count.

In the opening kickoff of the second half of the Commodores' loss to Missouri ... Fuller executed a planned squib kick to perfection that was downed at her opponents' 35-yard line.

Afterward, Fuller -- who's the school's women's soccer team's starting goalkeeper -- said, "I just want to tell all the girls out there that you can do anything you set your mind to. Like, you really can."

Thank you, Sarah, for paving the way for generations of little girls and being an incredible role model.

“I just want to tell all the girls out there that you can do anything you set your mind to.” – Sarah Fuller #playlikeagirl pic.twitter.com/PHT4koxQWR

"And, if you have that mentality all the way through, you can do big things." 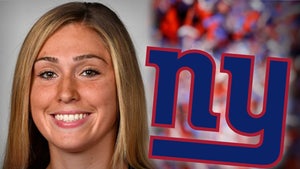 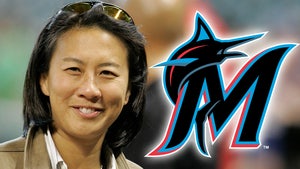