A bat Lou Gehrig used more than 80 years ago is hitting the auction block ... and the insane piece of history can be all yours -- if you've got a fortune laying around!!

Officials at SCP Auctions tell TMZ Sports ... the bat is seriously one of a kind -- they believe Gehrig used it during his final days as a New York Yankee, possibly even in the 1938 World Series.

According to the SCP reps, authenticators believe Gehrig ordered the bat in Sept. 1938 and possibly used it into the 1939 season -- just before his ALS diagnosis and subsequent retirement.

We’re told the bat was graded a perfect 10 by PSA/DNA. 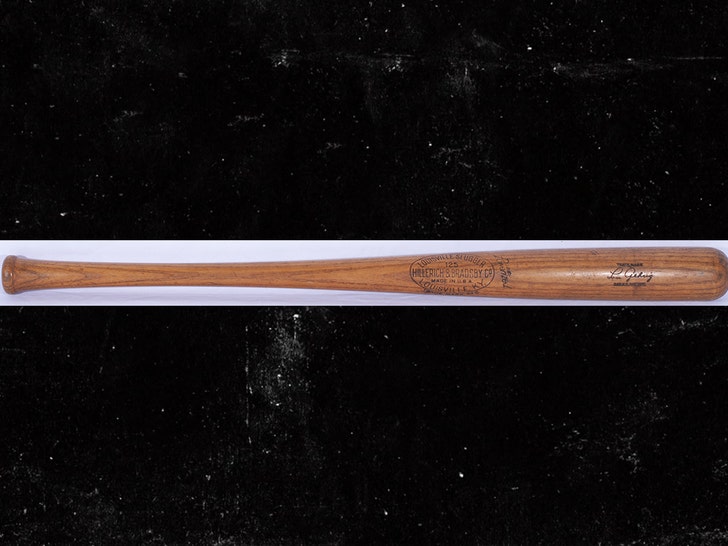 Reps for the bat say Gehrig gifted the piece to former Yankees teammate and coach Earle Combs, who kept it as one of his prized possessions for YEARS.

Just recently, though, Combs' family decided to put it up for auction -- and now, SCP tells us it could sell for as much as $1 MILLION.

Of course, Gehrig is one of the greatest baseball players that have ever lived -- so the potential price tag ain't too surprising.

Gehrig -- who was elected to the Hall of Fame in 1939 under a special circumstance due to his illness -- was a two-time MVP, 7-time All-Star, and had a career batting average of .340.

The bat is set to go up for sale in March ... happy bidding! 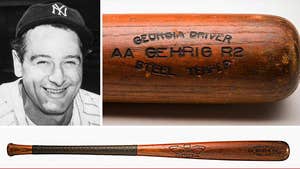 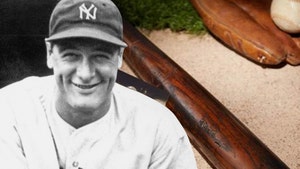 Lou Gehrig's Bat Sells For $1 Million At Auction, 'One Of Lou's Favorites'