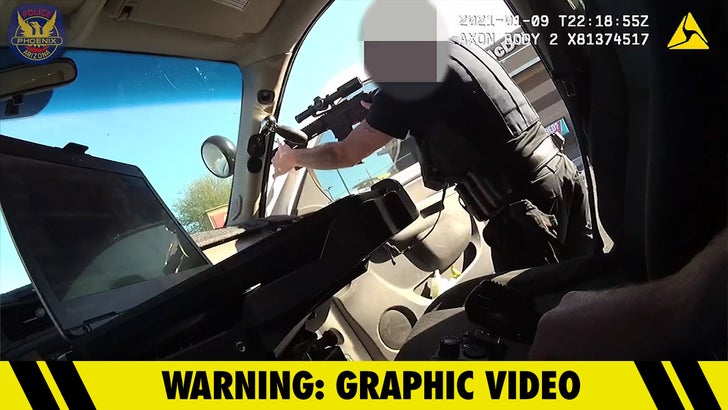 Newly released body cam video shows cops in Arizona pulling off a dramatic takedown of an armed man who was firing shots ... moments after he'd allegedly kidnapped his baby.

The Phoenix Police Department just released video from the deadly Jan. 9 shooting, which shows an officer firing a single rifle shot at the man as he was holding the child. The man's girlfriend called cops after he beat her in a motel parking lot, snatched the child and ran into the street with a gun.

Cops say he fired a shot as they arrived on the scene ... which you can hear in the body cam video. Officers immediately yelled for him to drop the gun.

He refused, and cops say he pointed the weapon at the baby and a bystander, and that's when an officer opened fire. After the incredibly precise shot, you see cops rush over to rescue the baby.

Police say the suspect was transported to a Phoenix hospital, where he was pronounced dead. No one else was injured, including the toddler -- but police are investigating the incident. 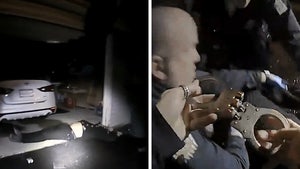