Kanye West's cooking up something with his futuristic foam footwear ... with a little spray.

A Yeezy employee was spotted outside Ye's Calabasas office Monday spraying on what appears to be a new Yeezy Foam RNNR Ararat prototype. It's unclear what exactly the employee's trying to accomplish, but the sole's getting the bulk of the spray. Non-stick spray? Who knows. 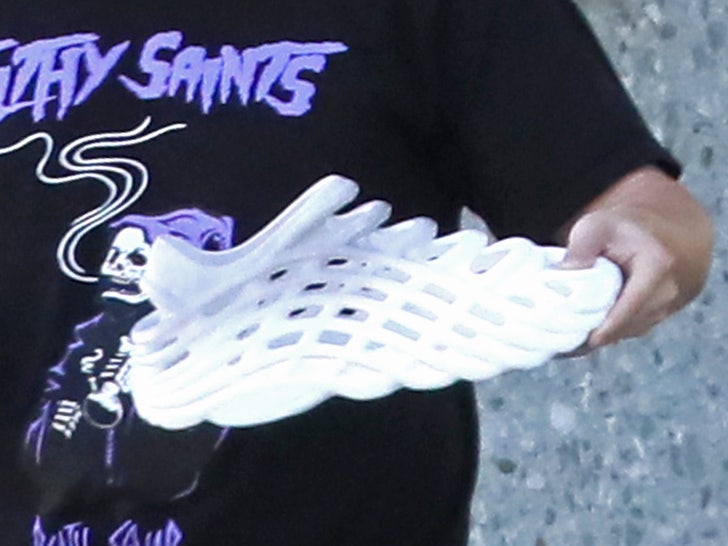 Either way, this is the first look at Kanye's new Adidas RNNR prototype ... 7 months after the foam shoe's first release.

Some of Kanye's biggest pals have been seen wearing the Foams ... including Justin Bieber on a yellow Vespa and his wife, Hailey, during a recent shopping spree with Kendall Jenner. 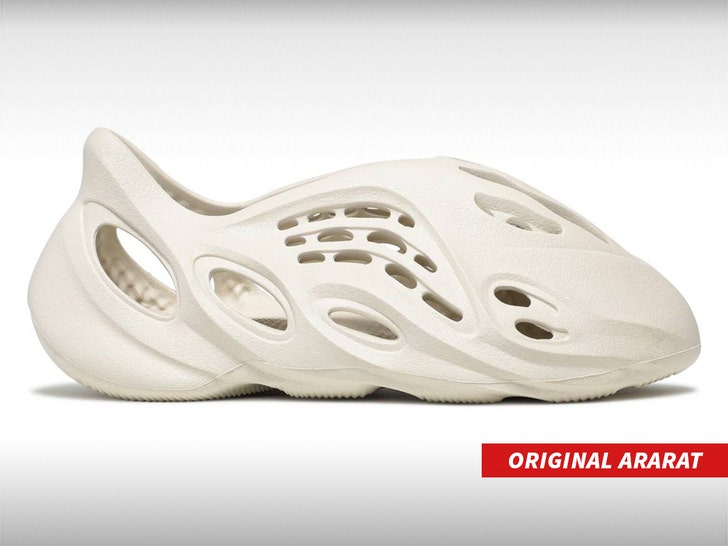 Even though the shoe was soundly ridiculed when they were first released, they've made a killing on the resale marked ... going for as much as $800. The retail price was only around $100.

Don't forget though ... Kanye told Joe Rogan back in October he wants his shoes to one day cost a mere $20. 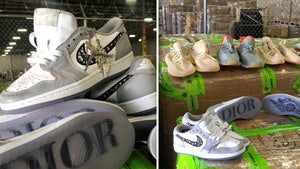