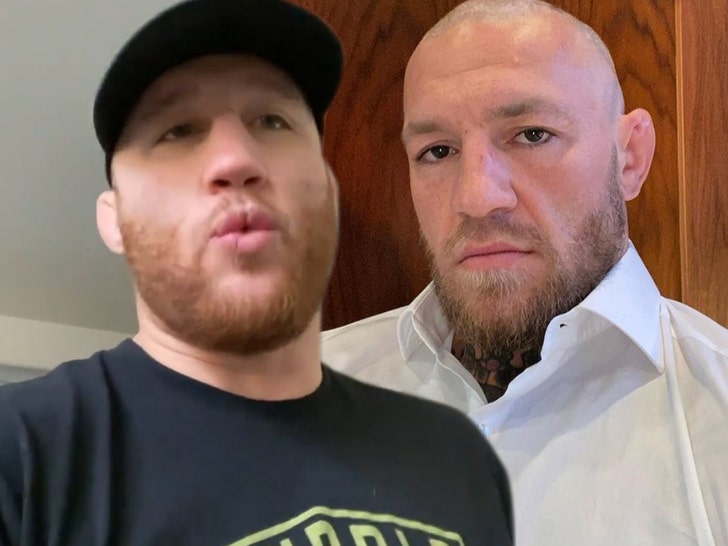 "I love seeing a loudmouth get knocked out."

That's Justin Gaethje explaining why he LOVED watching Conor McGregor get knocked on his ass by Dustin Poirier at UFC 257 ... and man, he's reveling in the Irishman's defeat!

"I don’t feel bad for him," Gaethje told ESPN's Brett Okamoto ... "I’m happy for Poirier. I’m happy Poirier went out there and did his job and finished him."

"There is nothing that makes me happier. Seeing a piece of s*** get put down? That was great. I loved it.”

Gaethje -- who's previously told TMZ Sports that McGregor has been ducking him for years -- went on to explain why Conor is delusional if he thinks he still deserves a title shot in the UFC's stacked lightweight division.

"What do they have him ranked at, #6? I think he should be ahead of [Tony Ferguson] in the rankings. But, for him to come out and say he wants a title shot next? A rematch versus Poirier, or his coach, they are f**king idiots."

There's more ... Gaethje, who's currently ranked #2, says he would think about leaving the UFC if Conor gets to cut the line for another title shot.

"That would be preposterous," Gaethje said ... "For one, he’s sitting at #6. He’s won one fight in his entire life in the lightweight division, and he picks and chooses who he fights. So I have no respect for him in that manner."

Gaethje says he still wants to fight Conor -- but "I don’t think it should be my next fight.” 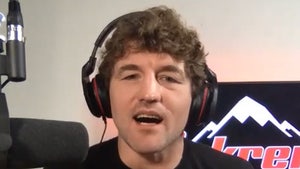 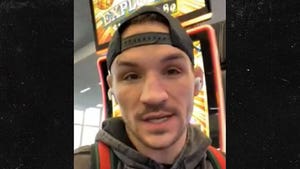