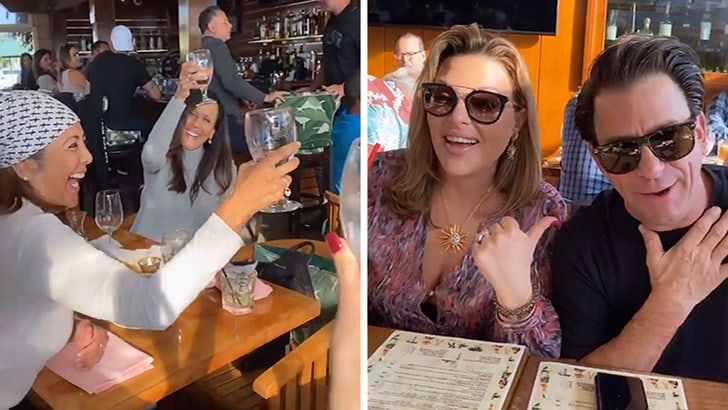 Outdoor dining is back again in Southern California, including in Orange County ... where Kelly Dodd and her friends seemed all too ready to celebrate their status as super-spreaders.

The 'Real Houseweives' star posted videos Saturday, showing her and a group of her pals grabbing a bite and drinks at a restaurant in Newport Beach called Billy's at the Beach. Kelly starts out showing her and the group in utter jubilation ... ready to down some Mai Tais.

Soon enough, she's leading everyone -- including other tables in the patio -- in a collective cheers, which everyone joins in on. Some guy across the way also throws in a mention of COVID as reason to celebrate, and another fella gleefully observes ... "nobody's wearing a mask!"

Everyone around laughs it up, and then someone in Kelly's group appears to shout "super-spreaders!" ... and Kelly herself seems to repeat it as she cackles away, as do others.

She goes on to sarcastically ask friends of hers at the table if they're allowed to be there, and if they're doing anything wrong ... to which they assure her they're not. It's pretty clear she's doing more than just enjoying the outdoor dining ... Kelly's mocking the virus -- as well as precautions -- now that things are back to "normal."  FYI ... we ain't close to normal.

It's interesting Kelly's this open with her contempt over the lockdown -- because just a month and change ago ... she was apologizing on Andy Cohen's 'Watch What Happens Live' for comments she'd previously made about COVID, including saying it was God's way of "thinning the herd."

She's been accused of not taking the pandemic seriously, and not just that -- but there have been rumors about her getting the boot from the show, partially because of some of this stuff ... which she's shut down as false. In any case .. this video here speaks volumes. 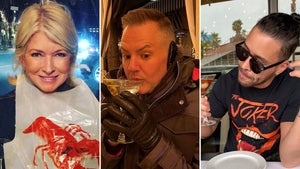