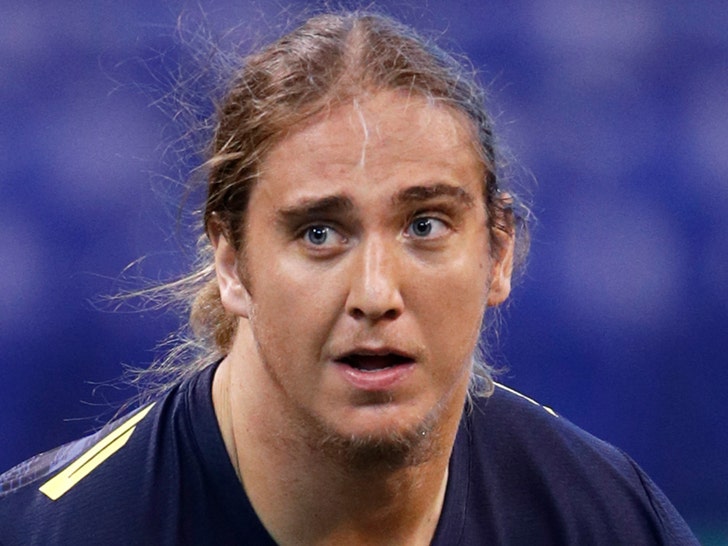 NFL offensive lineman Chad Wheeler has pleaded not guilty to 3 criminal charges ... this just days after he was accused of violently beating his girlfriend.

The 27-year-old showed up to a courtroom in King County, Wash., on Monday to enter the pleas, according to ESPN.

He was then ordered to stay in the state of Washington and to remain under electronic home detention with a monitoring device strapped around his ankle.

Wheeler -- under the conditions of his pretrial release -- had already been ordered to have zero contact with the alleged victim.

The alleged victim appeared in court for the hearing, and, according to ESPN reporter Brady Henderson, she showed up with a sling around her left arm.

As we previously reported, Wheeler was hit with three criminal charges -- including 1st-degree domestic violence assault -- after his girlfriend told cops he beat the hell out of her on Jan. 22.

According to court documents ... the woman told law enforcement Wheeler choked her unconscious twice, made her bleed from her face and severely mangled her arm in the violent attack.

Prosecutors said after filing the charges against the former Seattle Seahawks player, "The defendant, who is physically conditioned and trained to compete at the highest level of professional sports, strangled, suffocated and beat the victim into unconsciousness -- twice -- both times leaving her for dead as blood poured from her nose and mouth, and into her stomach and lungs."

Events happened over the weekend that transpired from a manic episode. I am deeply sorry for the pain and suffering that I have caused to Alleah and her family.

Wheeler apologized for the incident last week ... blaming the entire thing on a "manic episode."

"I apologize profusely for the turmoil that I have caused to my family, teammates, fans and those closest to me," Wheeler said. "The most important thing right now is that [the alleged victim] gets the care she needs and I get help. Both are happening."

Wheeler added he's stepping away from football and seeking treatment.

The 6'7", 310-pound lineman is facing multiple years behind bars if convicted. 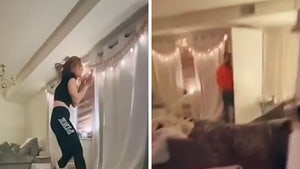