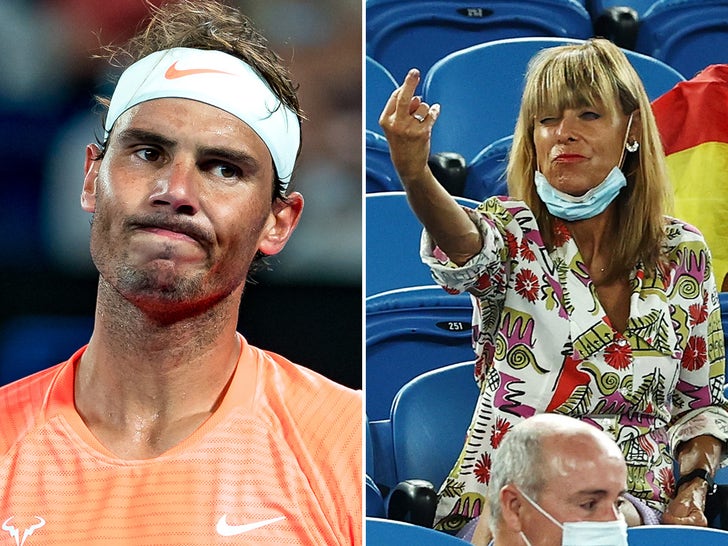 A Rafael Nadal heckler was ejected from the Australian Open on Thursday ... and the scene was both bizarre and hilarious -- 'cause the woman straight-up shot the tennis star the bird from the stands!

The wild moment all went down during Nadal's win over Michael Mmoh at Rod Laver Arena in Melbourne ... when Nadal had to stop play mid-match over some screaming in the stands.

A fan has been BOOTED from the match for unsavoury language and flipping the bird to Rafael Nadal! 💥😂

Turns out, a woman was yelling trying to distract the 34-year-old Spaniard ... and when Rafa kept pausing to look at her actions, she eventually flipped him off!!

Security tried to get involved ... but the fan kept going -- and the whole time, Nadal was cracking up!

At one point, announcers suspected the woman was drunk ... saying on the broadcast, "Maybe a bit too much -- a bit inebriated, I think."

One of the announcers then added, "This is chaos."

Finally, after a two- or three-minute delay, security got ahold of the woman and booted her from the premises.

Afterward, Nadal -- who went on to win the match easily -- joked about the whole thing, telling an AO official that he did not know the woman and, "honestly, I don't want to know." 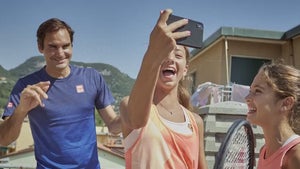