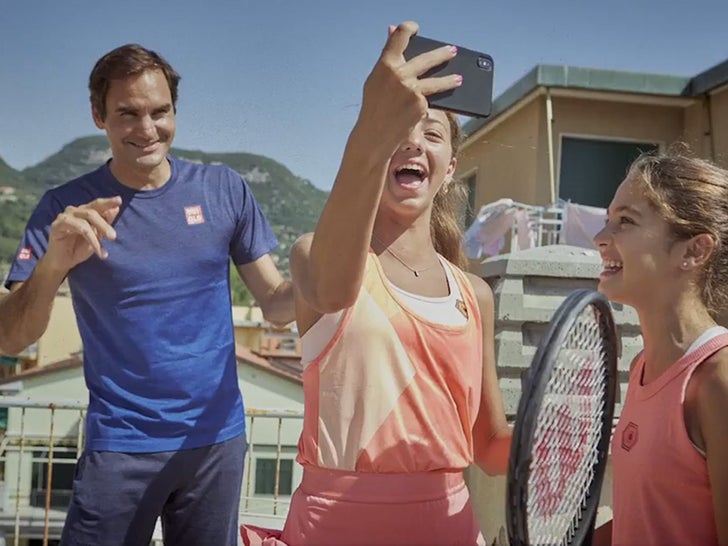 YO, THIS IS AWESOME!!

Remember those two girls who went viral for playing rooftop tennis at their apartment buildings in Italy back in April?!

Incredible to see... again! One of the most spectacular and unusual tennis matches we have seen in a while. 📍 Liguria, Italy 🇮🇹 @rogerfederer #TheRooftopMatch pic.twitter.com/a7FfCSkvr0

Yeah, it's a cheap publicity stunt for a pasta company -- but you can't fake the excitement the girls had when their tennis hero showed up out of nowhere!!

BACKSTORY -- During the early months of the COVID-19 pandemic, 13-year-old Vittoria and 11-year-old Carola went SUPER VIRAL for their rooftop match, which took place on top of two buildings in Liguria, Italy.

The video was shared all over the world -- with people giving 'em huge props for finding a way to play even though courts were closed.

Fast forward to July ... the girls were told they were going to be interviewed by the news media about their viral moment -- not knowing Roger Federer was secretly waiting behind the scenes!

During the interview, both girls praised Roger as their favorite player -- with Vittoria saying, "If I were to meet him, I would jump on him or I would be starstruck!

That's when the current #4-ranked player in the world appeared out of nowhere -- AND THE LOOK ON THE GIRLS' FACES IS PRICELESS!!!

"We cannot believe it, Federer is on our rooftop!!!"

The moment was awesome -- they took selfies, they chatted ... and then they played rooftop tennis!!! 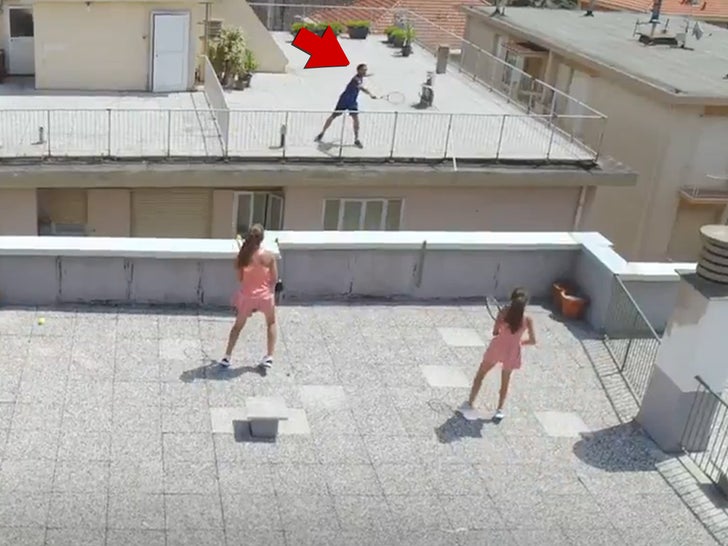 Federer and the girls successfully volleyed for a bit ... but naturally, some shots came up short and became a hazard down below.

No one cared about that though -- the lost balls are probably collector's items now! 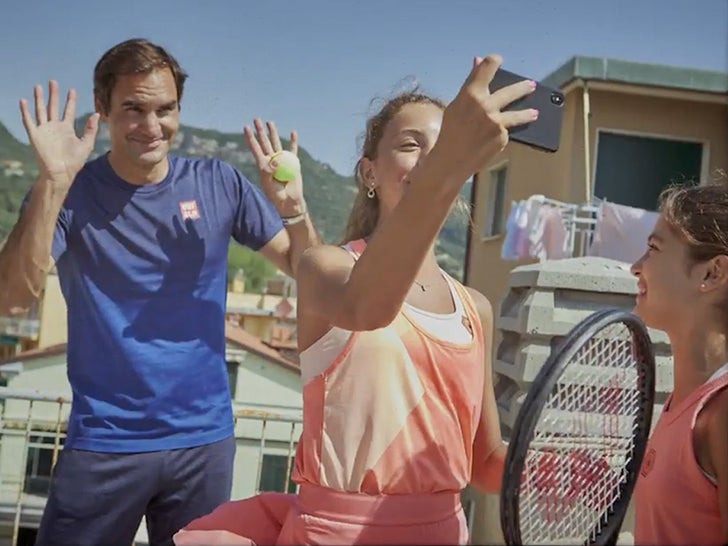 The whole surprise was coordinated by the Barilla pasta company --which explains why everyone scarfed down noodles after the match! 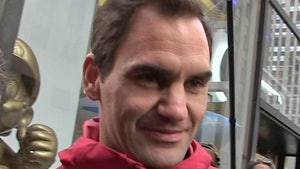