Cops also say Damon's wife was in the car at the time of the arrest -- and describe her as being completely out of control.

In fact, cops say Michelle Mangan-Damon was uncooperative, combative -- and at one point, she actually pushed a police officer. 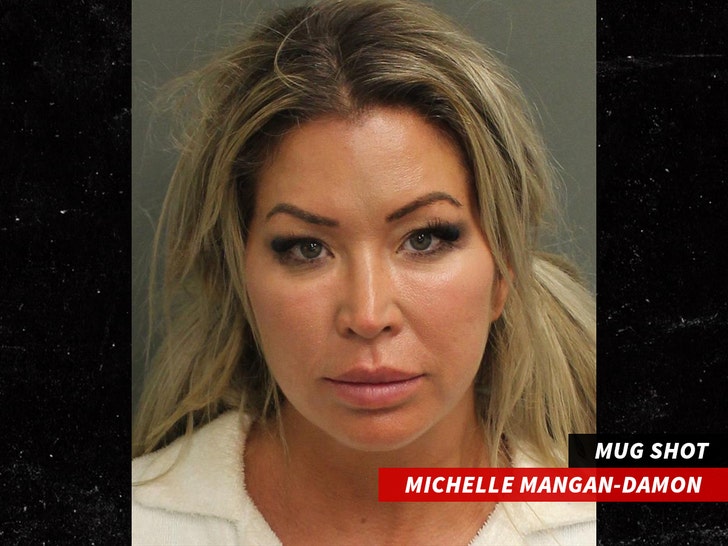 While Johnny was booked for DUI, Michelle was arrested for battery on a law enforcement officer and resisting arrest with violence.

In the police report, cops say Damon was pulled over at around 1:23 AM after officers observed his SUV swerving all over the road.

During the stop, cops say Damon was slurring his speech and unsteady on his feet -- and ultimately admitted to drinking alcohol earlier in the evening.

In fact, when asked if he had consumed alcohol, cops say Damon replied "just a little bit" while "motioning with his left hand and fingers in a small pinching motion."

Before Johnny and Michelle were taken to the station, cops say Michelle told the arresting officer she had a nanny at home with their six children. So, the officer called the nanny and told her that Johnny and Michelle "were going to jail and would not be home for some time."

While at the station, cops say Johnny agreed to take a breathalyzer test, but noted his wife was advising him against it. Ultimately, cops say Johnny gave two valid breath samples, .30 and .294.

Cops asked Johnny where he was partying before the incident ... to which they say he replied, "London House," which Johnny described as "it's a guy who had a lot of money ... we're just having a good time there."

Ex-MLB superstar Johnny Damon was arrested for DUI in Florida early Friday morning -- and cops say his blood-alcohol level was more than TWICE the legal limit.

The 47-year-old -- who played for the Boston Red Sox and NY Yankees -- was pulled over by the Windermere Police Dept. (in the Orlando area) around 8:15 AM.

During the stop, cops say Damon showed signs of intoxication and at some point, they tested his blood alcohol level which came back at "greater than or equal to .20."

Damon was arrested and booked on multiple charges including driving under the influence and resisting arrest without violence.

Damon was hauled to a nearby station where he posed for a mug shot -- and spent time in a holding cell.

Damon is a 2-time World Series champion and made 2 All-Star teams during his 18 seasons as an MLB player.

After his playing days, Damon appeared as a contestant on Donald Trump's "Celebrity Apprentice" in 2014 as well as competing on "Dancing with the Stars" in 2018.

Damon was one of the key cogs in breaking Boston's famous World Series draught -- banding together with his "idiots" to win the title in 2004.

He later left Boston to play for the rival NY Yankees -- and cut his famous long hair in the process. 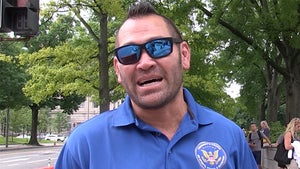