If Gisele had it her way, the Super Bowl would have been Tom Brady's last ride ... 'cause the QB says his supermodel wife urged him to retire after the game, saying, "What more do you have to prove?"

Brady said the moment all went down just seconds after Tampa Bay won the championship ... explaining on "The Late Late Show With James Corden" those were some of the first words she told him after the big victory.

"We were looking for my family," Brady said of the minutes following the Super Bowl's final whistle. "I said, 'Where's my family? Where's my family?' All of a sudden, I see my oldest son run over to me."

43-year-old Tom said he didn't really respond to his wife's question ... adding with a smile, "I was trying to figure out a way to change the subject really quick."

"I think I moved on to something else pretty quickly." 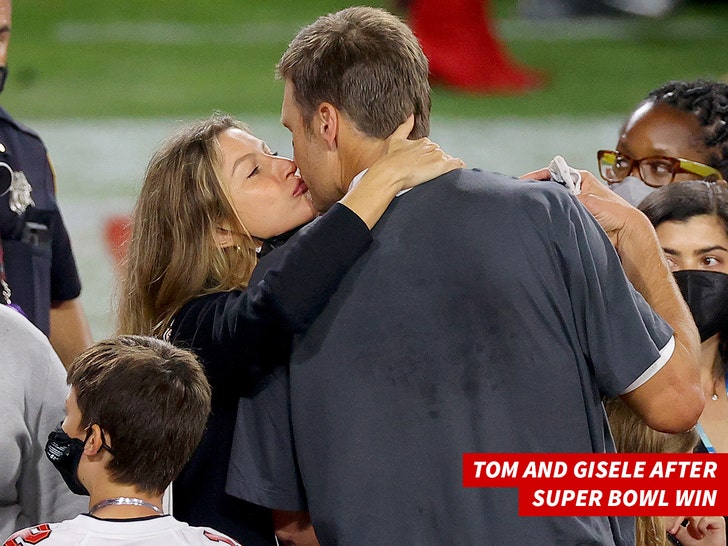 Of course, it's no secret Gisele has wanted Tom to walk away from football for a while now ... just a couple years ago in 2018, she famously told Ellen DeGeneres she hadn't been successful in swaying him to hang up the spikes.

Tom, though, appears to have no ideas of shutting things down after his 7th Super Bowl title despite his wife's wishes ... 'cause everyone in Tampa is expecting him back for year #22 in next season.

So ... sorry, Gisele. There's always next year, we suppose. 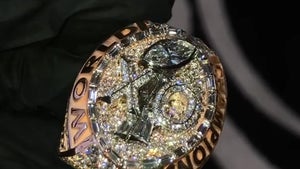 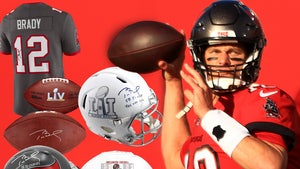