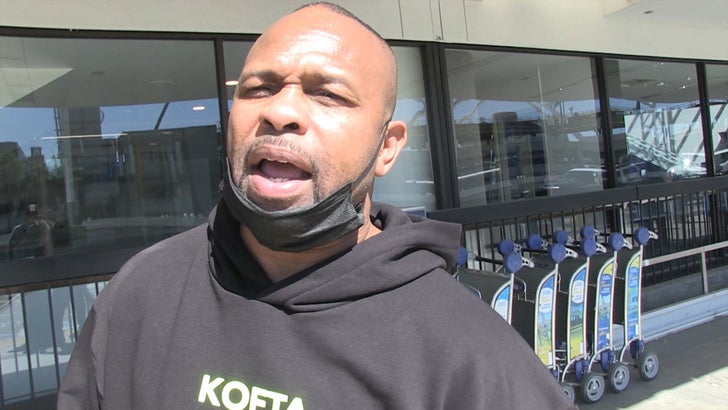 52-year-old Roy Jones Jr. says he's ready for ANOTHER boxing match after that war with Mike Tyson -- and he's eyeing a UFC legend.

Roy has his sights set on 45-year-old superstar Anderson Silva -- widely considered one of the greatest MMA athletes of all time.

So, why Silva ... and not a rematch with Iron Mike?

"I think [Mike Tyson is] gonna do a fight with Evander Holyfield," Jones said ... "what I'm thinking is I'll probably fight somebody else."

"Truthfully speaking ... my dream next fight will probably be Anderson Silva."

Roy says he's been trying to lock up a fight with Silva for years -- but the timing finally seems right.

"Anderson's available now, I'm available now. So, we've been wanting to box for the longest time. Why not me and Anderson go out there and put it on for the people?!"

Silva was an excellent striker in his heyday -- and as RJJ points out, Anderson had a stint as a pro boxer before he switched to MMA.

In other words, "He knows how to pro box."

Anderson racked up a 34 and 11 record in MMA -- with wins over guys like Dan Henderson, Forrest Griffin, Vitor Belfort, Rich Franklin and more.

Jones says there's no doubt he would DESTROY Silva if the two fought during Roy's prime years -- "but now that I'm older and I'm older than him ... it's something good to look at now because I think his chances are better now than they ever were before." 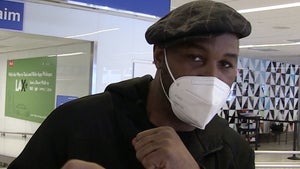 Lennox Lewis Open To Mike Tyson Rematch, 'If the People Want It'