The NFL's biggest offseason storyline finally has an ending ... Dak Prescott has reached a long-term contract agreement with the Dallas Cowboys -- and dude just got PAAAAAIIIDDD!!!

The 27-year-old superstar has agreed to a 4-year, $160 MILLION deal with Dallas ... and, according to ESPN's Adam Schefter, it includes a league-record of $126 million guaranteed.

Schefter also reports Prescott will make $42 million per season in the first 3 years of the deal ... and could make a total of $164 million with incentives.

Prescott's signing bonus is $66 million and he has a no-trade clause in the deal, NFL Network's Ian Rapoport added.

When your little brother gets the call. Let’s go @dak time to win the @dallascowboys a Super Bowl. pic.twitter.com/PzlCKejTe5

The money is huge and it's sure to create salary cap drama for Dallas ... but it's still welcome news for the Cowboys and their fans regardless.

Dak and Dallas tried to get a deal done all last offseason ... but couldn't make it happen -- reportedly quarreling over the length of the prospective contract.

Prescott played on the franchise tag last season ... and it seemed the two sides were possibly headed for yet another franchise tag season this year after negotiations still dragged on the last few months.

But, the two sides were finally able to hammer out a deal on Monday ... with the Cowboys saying they'll formally announce the contract at a news conference Wednesday. 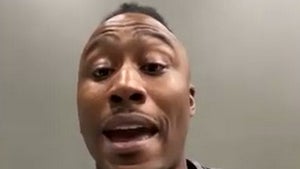 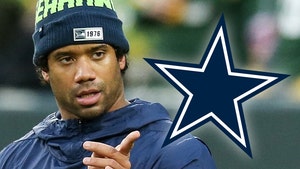