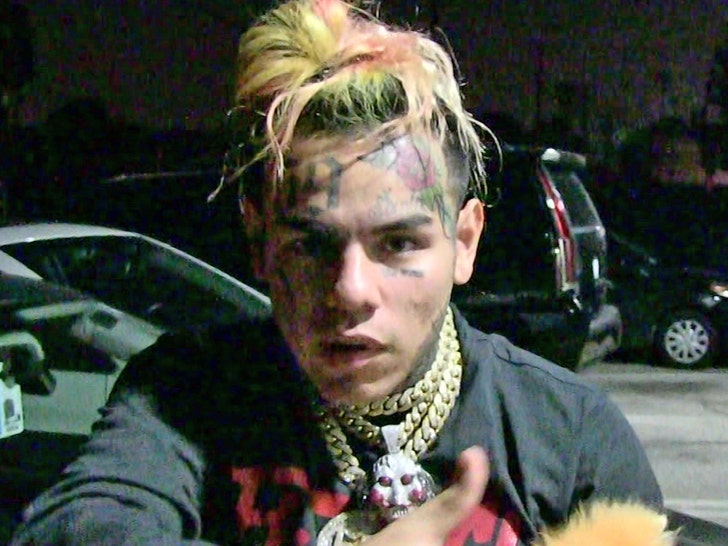 10:15 AM PT -- Tekashi's attorney, Lance Lazzaro, tells TMZ ... "The lawsuit is without merit and is another attempt to profit off of Tekashi’s success. We are confident that it will be dismissed."

Tekashi 6ix9ine says he banked $20 million since his release from prison last April, and his massive hit "GOOBA," his first cash cow, was a highly irregular ripoff ... this according to a new lawsuit.

BEATDEMONS, a TX-based producer group, is suing Tekashi, claiming "GOOBA" is a mirror image of its song, "Regular."

According to the suit, the similarities are eerie -- from the melody, to form, to structure and function. In other words, they say "GOOBA" is a "Regular" steal.

BEATDEMONS claims "Regular" was released in 2018 and a video of the song scored 152,000 views. So they're saying Tekashi or his people must have heard the song and got so inspired they crossed the line and ripped BEATDEMONS off.

The stakes are high, because "GOOBA" was a massive hit ... it has 700M views on YouTube and charted #1 on Billboard's Streaming Charts. The song also went platinum.

BEATDEMONS wants the profits from "GOOBA," which amount to a king's ransom.