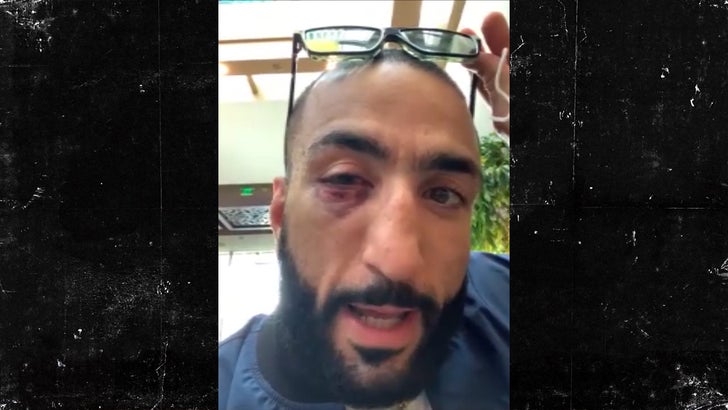 Belal Muhammad says he's getting vision back after a nasty poke to his right eye on Saturday night -- and he's going scorched-earth on the man who caused the injury.

Muhammad was in the 2nd round of his main event fight against Leon Edwards at "UFC Fight Night" in Vegas when the ref stopped the fight due to the accidental injury.

The fight was declared a no-contest -- and Belal was rushed to a doctor for treatment.

Edwards vs Muhammad fight highlights including the brutal eyepoke that ended the fight (no contest) #UFCVegas21 pic.twitter.com/gAKYUhfUqT

Muhammad tells TMZ Sports ... there was no major damage to the eyeball, "just a really bad scratched cornea and the lid."

Belal says he got stitches -- but they're expected to come out within 5 to 7 days.

But, Muhammad isn't mad about the injury -- he's pissed he didn't get the chance to showcase his skills for 5 rounds against the #3 ranked welterweight ... a fight that could have been HUGE for his career.

Now, Edwards -- who won the 1st round on all 3 of the judges' scorecards -- is publicly saying he's not interested in a rematch and would rather have a title shot ASAP.

Muhammad says that's total BS -- telling us he took the fight on 3 weeks' notice and deserves another shot at a main event fight with Edwards.

Muhammad continues, "You think you earned a title shot off a no contest? That's like the stupidest thing I've ever heard."

"You don't deserve a title shot, you deserve another rematch."

Muhammad says he was "just getting warmed up" when the eye poke happened -- and he's convinced he would've earned the "W" had it not happened.

"For you to be happy after 1 round, that just shows how pathetic you are and weak-minded you are … and it shows to me that I was gonna break you." 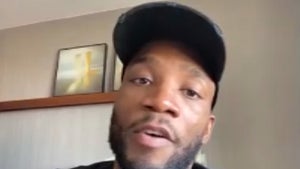 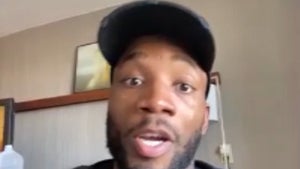