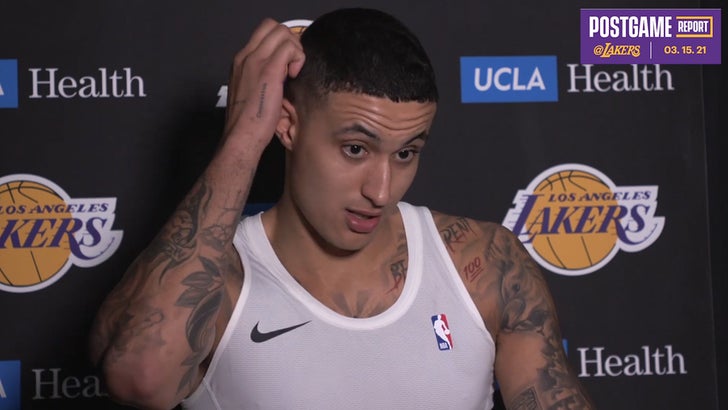 L.A. Lakers star Kyle Kuzma gave a perfectly reasonable explanation for air-balling a FREE THROW against the Warriors Monday night ... saying a nearby earthquake messed up his shot.

Only one problem -- THERE WAS NO EARTHQUAKE!!!

The hilariously bad moment happened halfway through the 2nd quarter ... when Kuz -- a career 72% free throw shooter -- lined up on the charity stripe to shoot a technical free throw ... and the dude completely missed the rim!!

The Warriors bench let Kuz have it ... with Draymond Green erupting in laughter!!

The Warriors' bench after the air ball 💀 💀 💀 pic.twitter.com/lLqUr9NbTg

The 25-year-old forward dug deeeep into his bag of excuses to try and justify his embarrassingly bad shot ... blaming the whole thing on seismic waves.

"San Francisco had a 3.5 magnitude earthquake," Kuzma said after the game. "S**t started rumbling. I don’t know. I got scared, and it went far off to the left."

Of course, there was no earthquake ... and Kuz tried his best to maintain his poker face throughout his fib ... but eventually cracked and broke out in a smile.