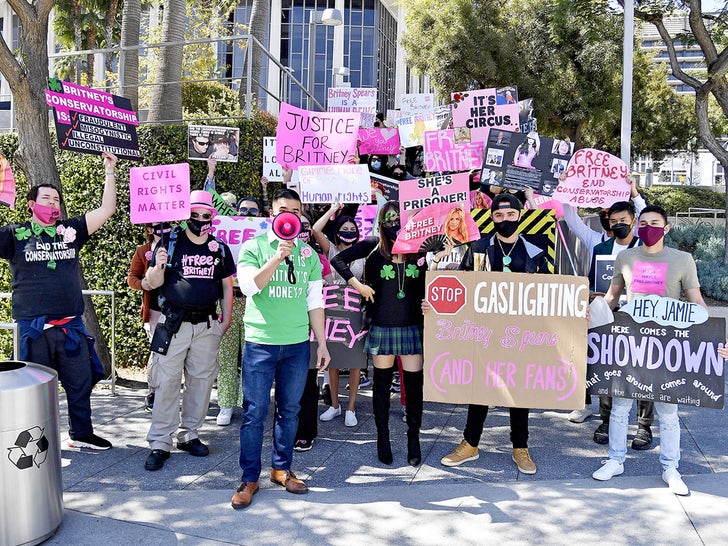 One of the first Britney Spears hearings since the release of a documentary about her conservatorship brought out a huge wave of #FreeBritney supporters ... but it looks like it was all for nothing.

Check out the scores of people who showed up to a courthouse in downtown L.A. Wednesday for a hearing in the case about hundreds of thousands Brit's trying to recoup for her conservatorship ... but nothing ended up happening on that front.

The judge continued the matter for another day -- and it looks like the whole hearing lasted about 20 minutes max. And, yet ... these folks were determined to have their voices heard. As you can see, the troupe showed up in force -- with signs and posters and even megaphones in hand.

It's unclear why they arrived for this one with such numbers ... it's the 2nd hearing since the release of 'Framing Britney Spears' on Feb. 5. On Feb. 11 -- the first such hearing following the controversial doc -- it was determined Jamie would stay on as co-conservator along with Bessemer Trust Company.

As for what was supposed to be happening today -- a judge could've officially weighed in on whether the estate could recoup the $308k Britney says her dad paid to her former business manager, Tri Star Sports & Entertainment Group.

Remember, Britney claimed after she stopped performing in early 2019 ... Tri Star allegedly asked Jamie for more dough, since the 5% commission they get from Brit is based on revenue from her getting on stage. They asked for $500k minimum per year, and Britney says Jamie shot 'em $308k and change ... without running it by her people, or trying to negotiate a better deal.

What we do know for sure ... they wanna #FreeBritney, whatever that means. 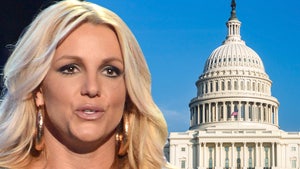