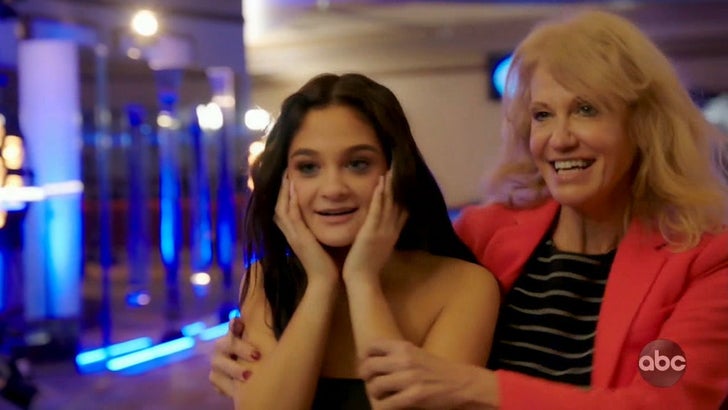 Kellyanne Conway and her teenager, Claudia, finally seem able to get along for once -- turns out, all they needed was a little music ... and an audience, of course.

The mom and daughter duo were in good spirits Sunday night during a new episode of 'American Idol,' where the 16-year-old was due to perform in front of the judges again ... only this time, in Hollywood. Kellyanne was in tow to lend support for Claudia's network TV debut.

They had some cute, witty banter before Claudia's cover of Bishop Briggs' 'River' -- which was good enough to get her into the next round ... something Kellyanne was ecstatic over as she belted out a little ditty of her own while embracing her child.

You can watch for yourself to see what KC decided to sing ... it's actually not half bad. 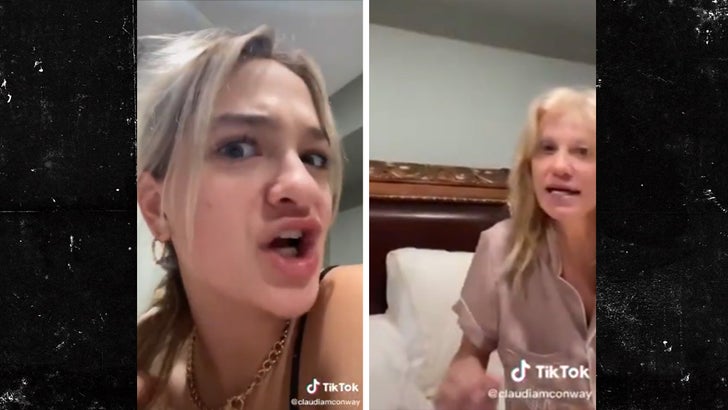 In any case, it was great seeing the pair be civil for once. As we've reported, they were at each other's throats over and over again as the 2020 election was in full swing and tensions boiled over in the household, and on camera.

There have been screaming matches, cuss-out sessions and even a physical confrontation once that left Claudia without her phone -- and the almighty TikTok -- for a while. It got so bad at one point, cops had to come out and check on everyone to see if things were okay.

Now, it appears they've turned over a new leaf ... unless you're more cynical. Then you probably think they're just playing nice for the show. 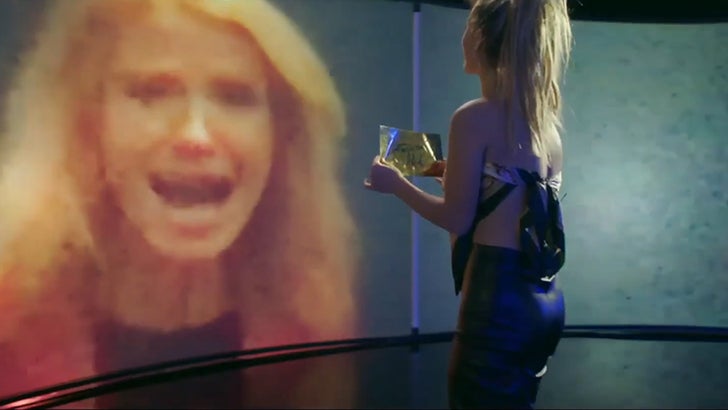 Remember, Claudia's dad, George, tagged along for her initial 'Idol' tryout ... and Mom beamed in virtually to send well-wishes.

It's pretty fascinating seeing Kellyanne in this context -- not being Donald Trump's mouthpiece in D.C., and soaking up the spotlight in Hollywood. 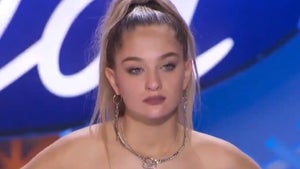 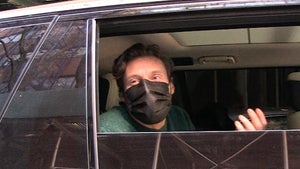