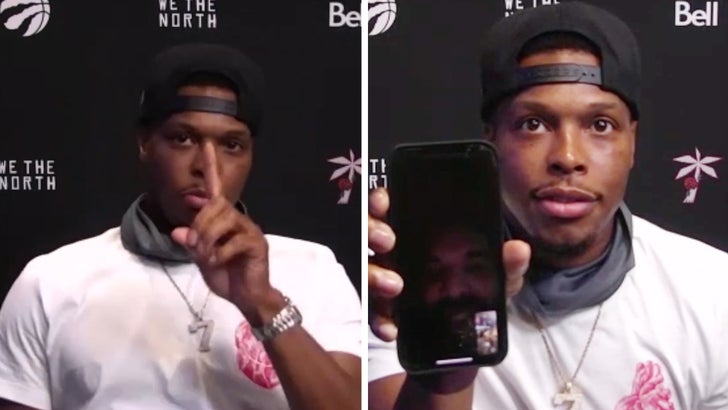 We interrupt this standard NBA post-game press conference ... WITH A SPECIAL VIDEO MESSAGE FROM DRAKE?!

Yep, the rap superstar FaceTime'd his pal Kyle Lowry while the Toronto Raptors star was facing the media following Wednesday night's game against the Denver Nuggets. 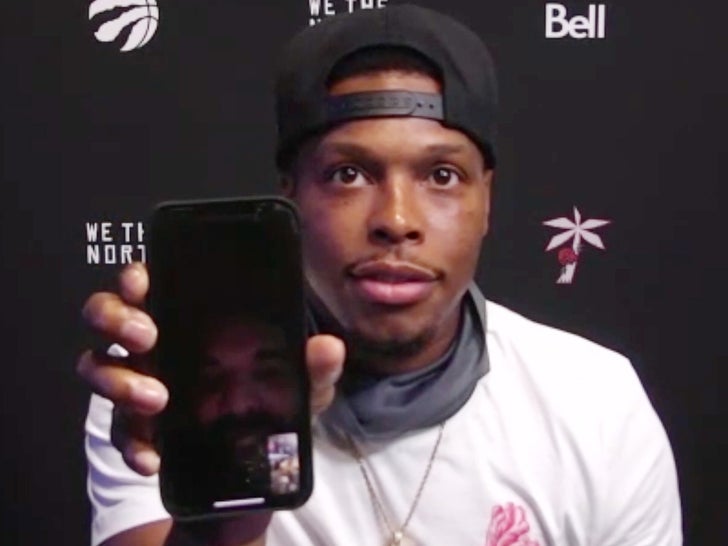 There are rumblings that Toronto will trade Lowry to another team before the NBA trade deadline (Thursday at 12 PM PT) -- which means Wednesday could have been the last time Lowry rocked the Raptors uniform.

Could this be Kyle Lowry's final game with the Raptors?

During the presser, Lowry admitted it was "kind of weird tonight not knowing what the next step would be" ... but when Drake's name popped up on his cell phone, his mood changed.

"Guys, we have a special guest here," Lowry told reporters during the video news conference.

That's when Lowry held up his phone and showed everyone Drake was on FaceTime!

"If you guys have any questions, I’m here to translate," Drake said ... "I’m his translator!"

Really funny moment between Lowry and Drake -- who's not just a Raptors superfan, he's also the team's official "global ambassador."

So, what will happen with Lowry's future? Unclear at the moment, but the Raptors head coach told the media Lowry will "go down as maybe the greatest Raptor" of all time. 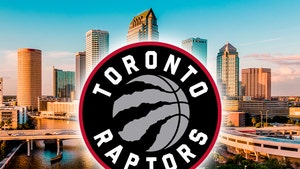 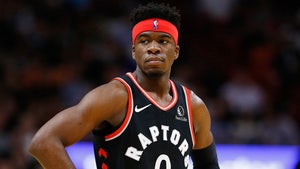