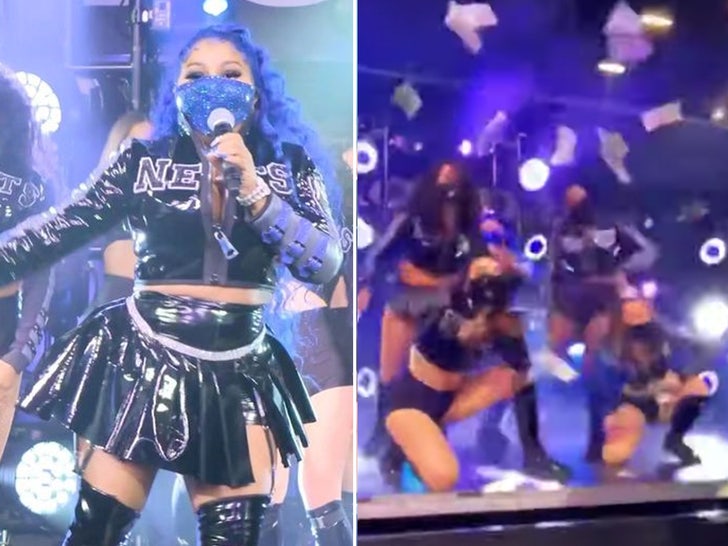 It's all about the Benjamins when Lil Kim's on stage ...  which is why the rap legend made it rain with suitcases full of cash during her amazing performance Monday night at the Brooklyn Nets game!

The Nets booked Lil Kim to perform as part of the team's annual Women’s Empowerment Game -- which celebrated the "achievements, contributions, and overall impact women have had on our society."

Well, Kim has contributed to the world of hip-hop and fashion in a big way -- and when she hit the stage, she rocked Barclay's Center with some of her biggest hits.

The Queen B came through heavy in shiny Nets gear -- she had a role in the costume design -- and performed classics like "Ladies Night" and "Lighters Up" while the Brooklynettes danced beside her.

But, when "All About the Benjamins" came on, ya know Lil Kim had to make it rain with some dolla bills -- so the dance team busted out suitcases full of green!

Afterward, the team presented Kim with a special custom Nets jersey ... and her reaction was PRICELESS!

Couldn't let her leave without a gift 🎁 pic.twitter.com/Cl3qgHyWgw

FYI, Lil Kim was put on to the rap game back in the early '90s by late rapper Notorious B.I.G.

She's sold more than 15 million albums worldwide, won over 41 awards .. and is considered one of the best female rappers of all time.

Brooklyn in the house! 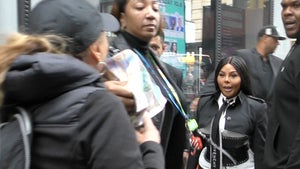 Lil' Kim Squares Up With Anti-Fur Protester in NYC