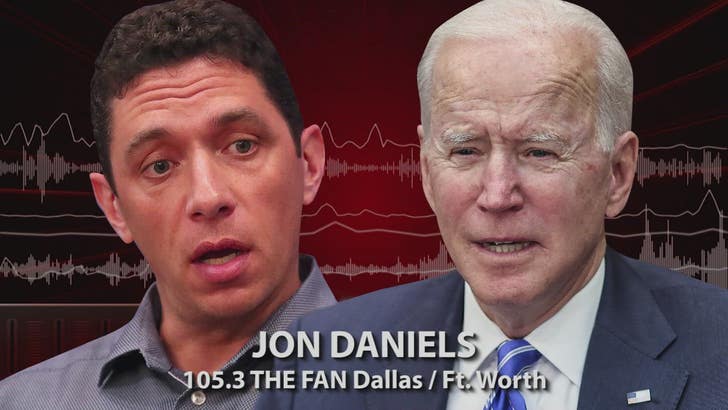 8:29 AM PT -- Rangers exec Jon Daniels doesn't appear to be too concerned with Biden's criticism ... Texas' president of baseball operations says he believes a full capacity crowd is nothing more than a "one-time event" for the team.

"I think after Opening Day, reality is we're not going to be at full capacity, I doubt it," Daniels said on 105.3 THE FAN in Dallas / Ft. Worth on Thursday.

Daniels, though, did admit that even just for one day, the packed house does fly against CDC recommendations.

"I'm hopeful that people are responsible and wear masks and we can enjoy a good time out. But after that [Opening Day], I don't see it being a regular occurrence."

Daniels added, "I do see it's kind of a complex issue and I do see why the President would say what he said."

President Joe Biden just blasted the Texas Rangers for not limiting capacity at their stadium this year ... saying the decision could lead to a big spread of the coronavirus.

"I think it's a mistake," Biden told ESPN on Wednesday night. "They should listen to Dr. Fauci, the scientists and the experts. But, I think it's not responsible."

While Texas will require its fans to wear face coverings when in the stands at Rangers games this season ... the team says there won't be attempts to put a cap on the number of people that can attend.

And, with Globe Life Field having a capacity of more than 40,000 ... Biden clearly has concerns it could become a COVID-19 breeding ground.

For their part, the Rangers -- whose home-opener is scheduled for Monday against the Toronto Blue Jays -- have insisted protocols will prevent the games from being super-spreader events.

Texas is currently the only team in the MLB without a fan limit ... most of the rest of the league is at less than 50% capacity, with Boston and Washington limiting their seating to just 12% of the stadium.

As for MLB and the vaccine ... Biden sent a strong message to players, coaches, staffers and fans Wednesday -- urging everyone to get the shot.

"I would say I'm President of the United States and I got vaccinated," Biden said. "I don't have an unimportant job. Would I take the vaccine if I thought it was going to hurt me?"

There's more ... Biden also said he would support MLB execs if they chose to move the All-Star Game out of Georgia this year in wake of the state's governor's decision to sign a polarizing voting bill.

The prospective new law would put several tight restrictions on voters ... and opponents to it have argued it could hurt the voting opportunities for minorities.

"This is Jim Crow on steroids what they're doing in Georgia and 40 other states," Biden said. "What's it all about? Imagine passing a law saying you cannot provide water or food for someone standing in line to vote. Can't do that? Come on."

"Or you're going to close the polling place at 5 o'clock when people just get off? This is all about keeping working folks that I grew up with from being able to vote." 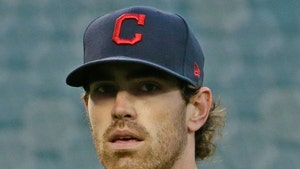 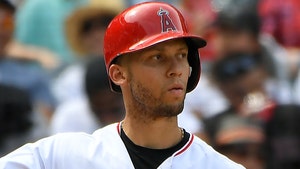 MLB's Andrelton Simmons On Opting Out In 2020, Pandemic Led to Suicidal Thoughts