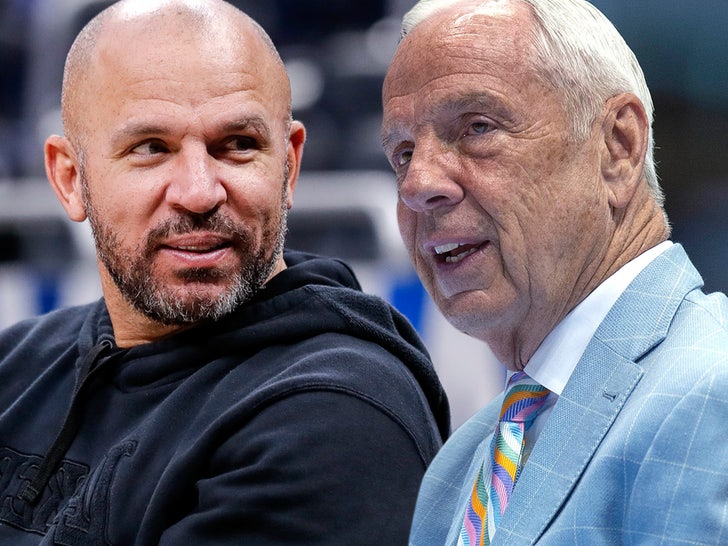 Long before Jason Kidd was an NBA legend, he was a top H.S. hooper recruited by CBB's best coaches ... and now a postcard to the future HOF'er -- hand-written by Roy Williams -- has been discovered in an abandoned storage locker.

The "Memories of Hawaii" postcard was penned by Williams as he flew to Los Angeles with his Kansas Jayhawks squad after playing a game in Honolulu ... and on January 2, 1990, sent to Kidd's Oakland-area home.

Williams -- a HOF coach who retired this week -- wrote, "Jason, We're on the plane from Honolulu to Los Angeles & we had a great trip to Hawaii. Our players really enjoyed it & worked hard while we were there also. We're going again in two years & I hope you're with us." 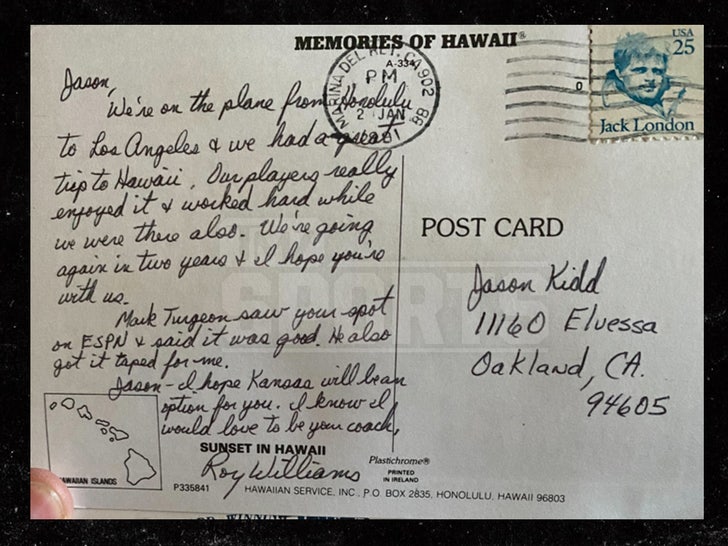 Williams later continued ... "Jason -- I hope Kansas will be an option for you. I know I would love to be your coach."

But, KU wasn't the only top program recruiting Jason ... there are also letters from current Chicago Bulls head coach, Billy Donovan -- at the time, an assistant for the legendary Rick Pitino at the University of Kentucky. 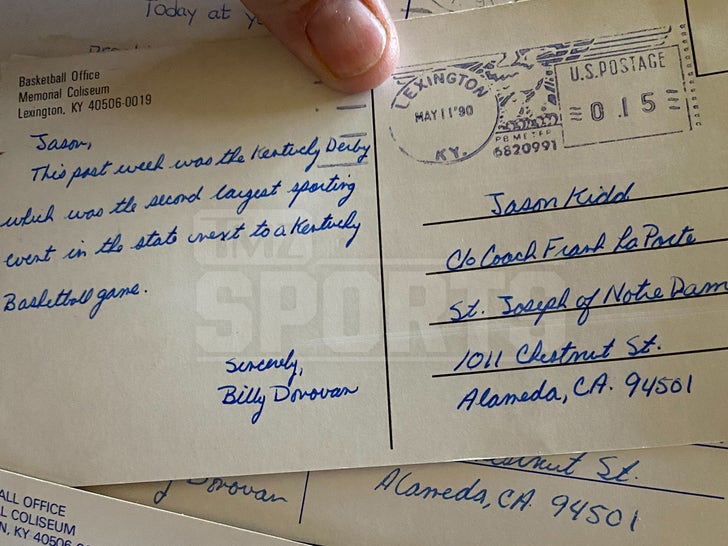 "Jason, this past week was the Kentucky Derby which was the 2nd largest sporting event in the state next to a Kentucky basketball game. Sincerely, Billy Donovan"

They wanted J. Kidd for good reason ... he was Parade and USA Today's H.S. Player of the Year -- averaging 25 points, 10 assists, 7 rebounds, and 7 steals as a senior, according to ESPN.

All of the postcards were recently discovered with a load of other memorabilia in an abandoned storage locker in Calabasas, CA.

It's unclear how or why the postcards got into the locker ... or why the valuable items were seemingly just left.

The locker was purchased by a collector ... who is now selling the items on eBay.

As for Williams, Donovan & Pitino, Tarkanian, Harrick and the other big time college coaches ... they all struck out.

Kidd chose Lou Campanelli and the University of California ... where he eventually went 2nd overall in the 1994 NBA Draft. 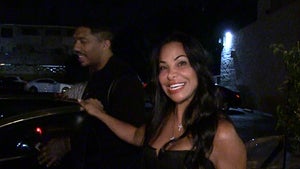 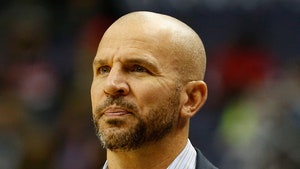