Vin Diesel has a security problem ... with his neighbors, who say the actor's security team act like they own the hood.

Vin is renting a place in a gated community in the Dominican Republic, and neighbors say he has 12 aggressive security guards protecting him and his fam.

The neighbor next door says the last straw was this Easter, when the guards blocked pedestrians and traffic so Vin and his kids could bicycle. 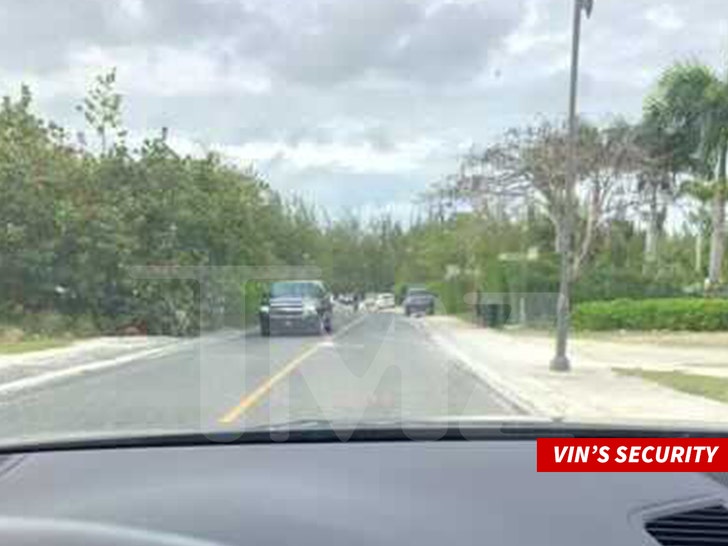 The neighbor wrote a letter to Vin, obtained by TMZ, in which he says, "For a few weeks I have personally witnessed and heard from fellow homeowners the unprecedented and abusive display of your security people around our homes and beach. Interrogating us, blocking our street with five or six SUV's. Stopping residents while walking when you ride your bicycle." 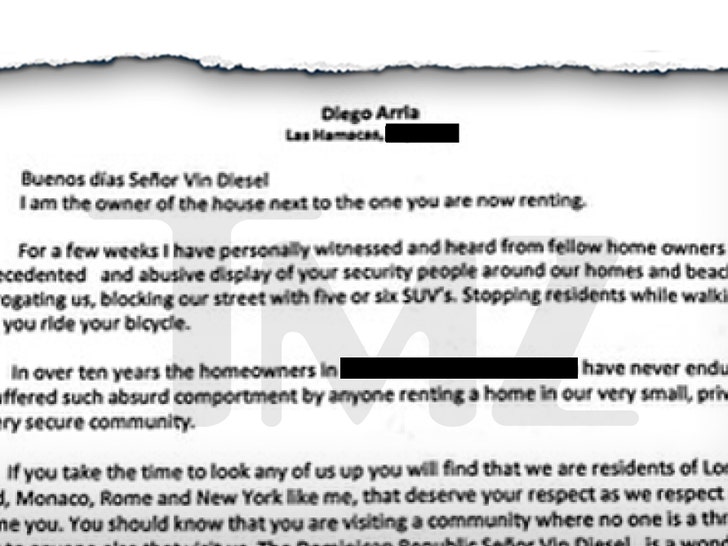 The neighbor goes on ... "In over ten years the homeowners in Fundadores Juanillo Beach have never endured and suffered such absurd comportment by anyone renting a home in our very small, private and very secure community."

The neighbor, who's from New York, had a tinge of sarcasm when he wrote, "You should know that you are visiting a community where no one is a threat to you, or anyone else that visits us."

A source close to Vin tells TMZ, the actor's been going to the DR for 20 years, and he's gotten along great with everyone. As for the Easter incident, the source says Vin was riding his bike with his kids and handing out Easter baskets to workers in the community. The source adds there was extra security because Vin's entire family was there.

The source says it was never Vin's intent to inconvenience his neighbors.  He loves the community and has brought production to the area.  The source adds the security team are all Dominicans, because Vin wanted he help employ people in the area. 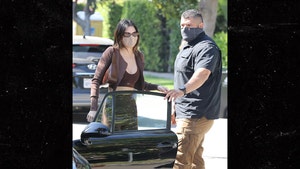 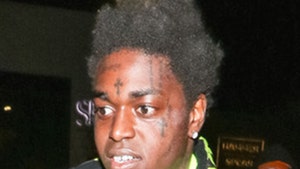