Move over, Count Chocula and Cap'n Crunch ... Nick Chubb is coming to the cereal game -- the NFL star is launching a new breakfast treat that's set to benefit an awesome charity!!

The Cleveland Browns running back made the announcement Tuesday ... explaining "Chubb Crunch" is currently in the works with plans to hit grocery store shelves VERY, VERY soon.

Chubb partnered with PLB Sports & Entertainment -- the same people who created Doug Flutie's famous Flutie Flakes -- for the concoction, and Nick's cereal is promising to be amazing.

A spokesperson for the company tells TMZ Sports the food will be similar to Cinnamon Toast Crunch ... and will feature a superhero depiction of Chubb on the box.

The best part of it all? Chubb and the company say a portion of the proceeds will go toward First Candle -- an org. with a mission to eliminate Sudden Infant Death Syndrome (SIDS).

It's a cause close to Chubb's heart ... the 25-year-old reportedly had a nephew tragically die from SIDS -- and he said Tuesday, being able to help that cause with the cereal is huge for him.

"It's always been a dream to have my own cereal," Chubb said, "especially that it benefits a cause that is close to my family."

We're told the limited edition boxes will make their debut at some point in August ... available online and in local Cleveland Heinen's grocery stores. 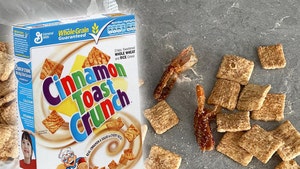 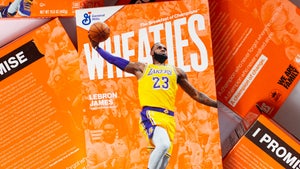