Conor McGregor will NOT be charged with a crime stemming from an alleged attempted sexual assault in Corsica -- officials confirm the case has been dropped due to lack of evidence.

As we previously reported, McGregor was detained by police on the French island of Corsica back in Sept. 2020 -- after a woman claimed the UFC superstar committed acts described as "attempted sexual assault and sexual exhibition."

Conor had denied wrongdoing from the start -- and he was released from custody without being formally arrested or charged with a crime. 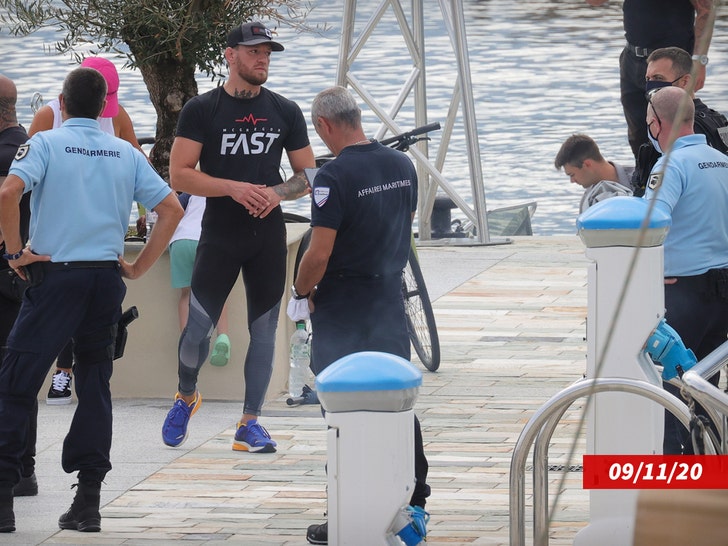 Now, TMZ Sports has learned prosecutors in the City of Bastia have sent McGregor a letter explaining that after an investigation, they didn't find enough evidence to move forward with a case against him. 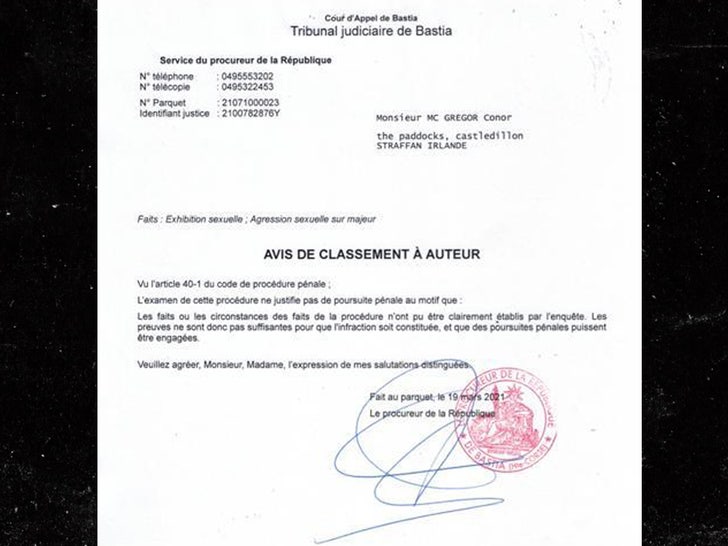 The document was sent in French -- but the translation reads this way:

"The examination of the present proceedings does not justify any criminal prosecution since:

-- The facts or the circumstances of the facts of the proceedings could not have been clearly established by the investigations.

-- The pieces of evidence are therefore not sufficient for the offense to be constituted and for criminal prosecution to be engaged."

McGregor had railed on his accuser in a social media post in the days after the allegation was levied against him -- calling her claims "bulls**t" and vowing to never pay a dime to "anyone coming at me with vicious lies." 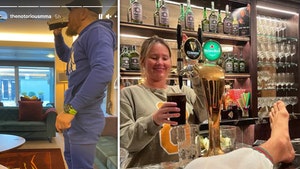