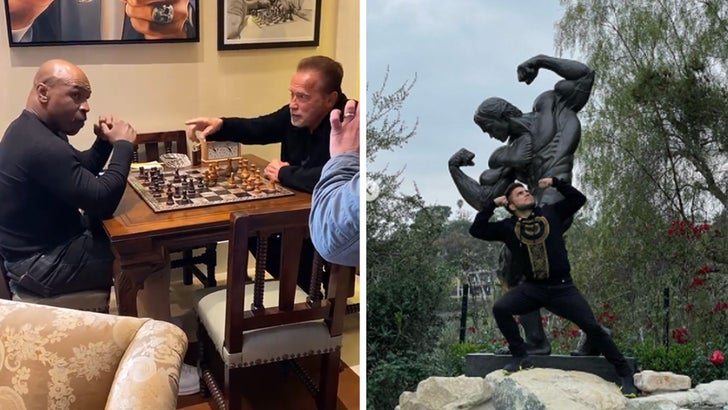 Arnold Schwarzenegger opened up his L.A. mansion to some combat sports legends -- Mike Tyson and Henry Cejudo -- and even let 'em swing around his legendary "Conan" sword! 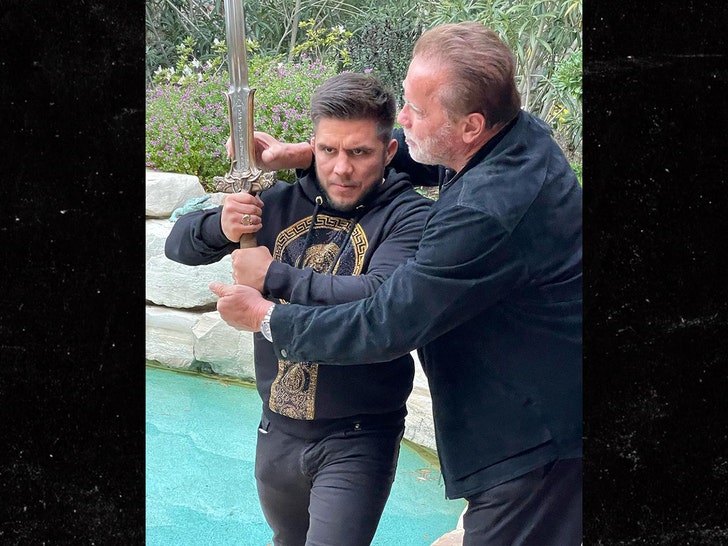 Mike and Henry flew in on Tuesday to shoot an episode of Mike's "Hotboxin" podcast -- and Arnold couldn't have been a better host!

He played some chess with Mike. He let Cejudo flex with his famous bodybuilding statue.

And, after they left Arnold's home -- Mike and Henry decided to play a little golf at another location while Mike puffed away on a big ol' joint. 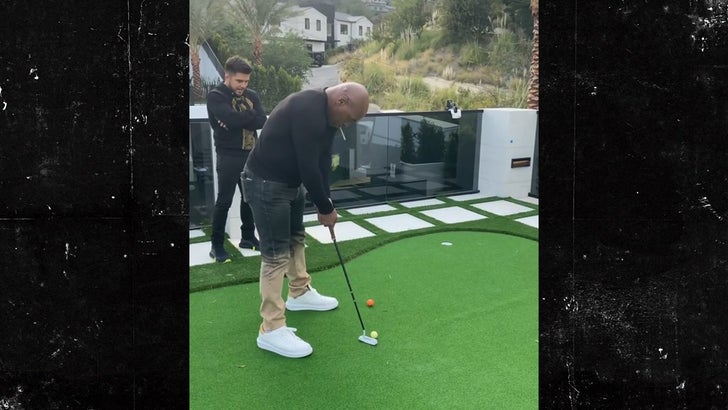 What a fun day!

Afterward, Cejudo -- one of the greatest UFC fighters ever -- thanked Arnold for welcoming him into his home.

"It’s an [honor] to be invited to the man’s house who’s cut from the same cloth as me," Cejudo posted.

"[Arnold], you are The American Dream."

There are pics of Mike Tyson and Arnold hanging out together from way back in the '80s -- but it's unclear if they were friends or just friendly ... considering they were both mega-stars back then and probably ran into each other at events.

Guessing we'll hear all about their relationship and what it was like ruling the '80s when the podcast comes out. 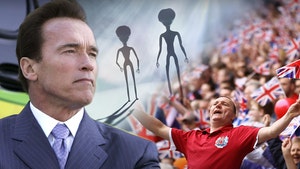 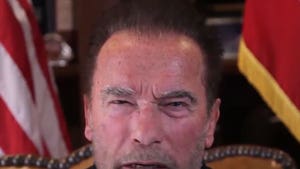 Arnold Schwarzenegger Compares Capitol Riot to the Rise of Nazis