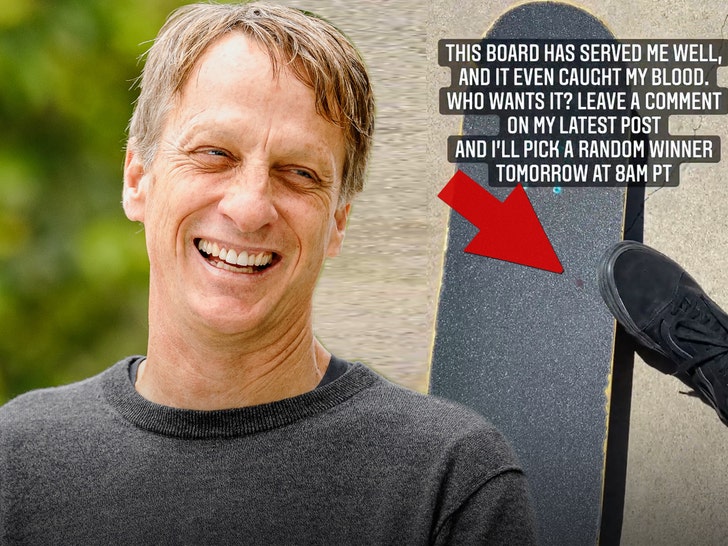 Most people would be grossed out at the thought of getting a used, blood-stained skateboard -- but what if the board was stained with the blood of the greatest skater who ever lived?!

That's what happened with Tony Hawk this week -- when the skate god offered up one of his old boards as a prize in a social media "leave a comment" contest. 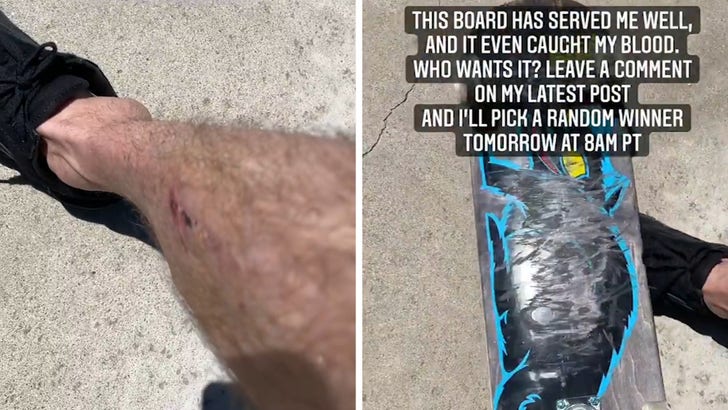 Here's the backstory ... the board had struck Hawk in the shin at one point, causing Tony to drop blood onto the grip tape, staining it forever.

Most collectors will tell you ... a bloodstain on an authentic, used item is actually GREAT for collectibility -- and fans joined the contest like crazy looking to win the piece. 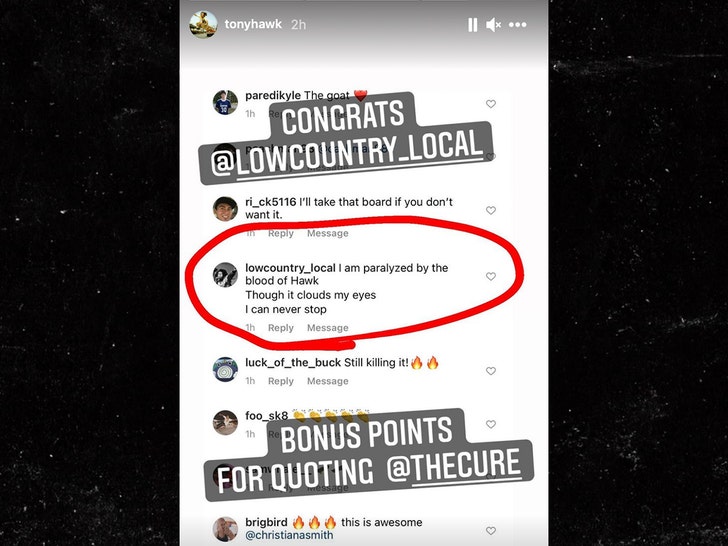 Hawk eventually picked a winner -- the commenter had used lyrics from a The Cure song, which Hawk apparently loved -- and it doesn't seem the fan had any issue with Tony's DNA being on the set of wheels.

Some advice to the winner ... DON'T CLEAN THE BOARD! 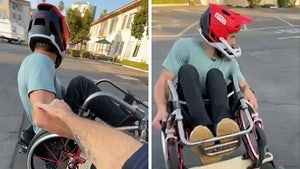 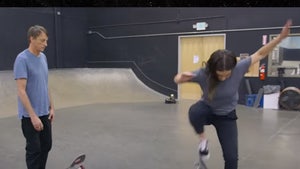