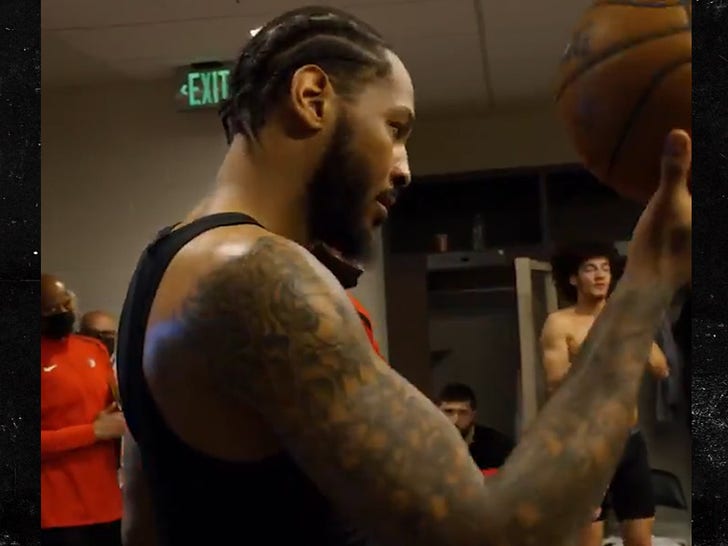 Carmelo Anthony poured his heart out after becoming the 10th best scorer in NBA history on Monday ... giving a powerful post-game speech about believing in himself and never giving up.

The 36-year-old Blazers star passed Elvin Hayes to reach #10 on the league's all-time scoring list after nailing a 3-point shot early into the 2nd quarter against the Atlanta Hawks ... surpassing the Hall of Famer's career total of 27,313 points.

The moment hit especially hard for Melo -- the future Hall of Famer was considered to be "blackballed" by the league in 2019 ... and he had to fight like hell to prove he was still able to compete at the highest level.

Anthony basked in the monumental moment after hitting his shot ... raising his arms and smiling as he joined names like Michael Jordan, LeBron James, Kareem Abdul-Jabbar and Kobe Bryant on the elite list of the league's best scorers.

Blazers coach Terry Stotts awarded Anthony the game ball after the Blazers' loss to the Hawks ... and Melo opened up about his long journey back to glory.

"A couple years ago I ain’t think I was gonna be in this moment," Anthony said in the locker room. "I was out the league for whatever reason."

“A couple years ago I ain’t think I was gonna be in this moment. I was out the league for whatever reason… I’m back. I persevered. I stayed strong I stayed true to myself & now I’m here in the Top 10.” pic.twitter.com/QkmI0FbF3S

Of course, the 10-time All-Star bounced around the league after spending most of his career with the Nuggets and Knicks ... playing one season with the OKC Thunder in 2017-18 and just 10 games with the Houston Rockets in the 2018-19 season before being traded and later waived by the Chicago Bulls in February 2019.

He remained a free agent until the Blazers picked him up in November 2019 ... and he's proven to be a valuable asset around Damian Lillard and CJ McCollum.

Dame spoke about the impact Melo has left on the team over the past 2 seasons ... saying it goes way beyond the court.

"I appreciate him more as a friend than I do as a teammate, and I really appreciate him as a teammate. I think that really speaks to the kind of person he is."@Dame_Lillard reflects on the historic night with @Carmeloanthony pic.twitter.com/CZ4nH093AT

Congrats on the milestone, Melo ... and look out, Moses Malone -- he's just 91 points behind you!! 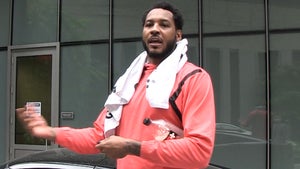 Carmelo Anthony Says He'll Be Back In NBA In 2021, 'Ain't Going Nowhere' 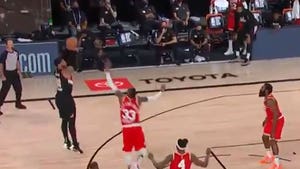