One of the best baseball players of this century is now team-less -- the L.A. Angels have cut Albert Pujols ... and it now begs the question, is this the end of the MLB legend's career??

The Angels announced the parting of ways with the slugger on Thursday morning ... saying they've designated the future Hall of Famer for assignment.

"The Angels organization proudly signed Albert Pujols in 2011 and are honored that he has worn an Angels jersey for nearly half of his Hall-of-Fame career," owner Arte Moreno said.

The #Angels announced today that the Club has designated Albert Pujols for assignment. pic.twitter.com/SCRz78kXcf

"Albert Pujols' historical accomplishments, both on and off the field, serve as an inspiration to athletes everywhere, and his actions define what it means to be a true superstar."

Pujols inked a massive, 10-year, $210 million with the Angels in '11 after a brilliant career with the STL Cardinals ... but his legendary bat has slowed tremendously over the years.

In fact, the start to this season was one of his worst EVER ... he was hitting just .198 in 24 games before his release Thursday.

Pujols will have the opportunity to catch on with another team ... but at 41 years old, this might be it for the MLB star -- who reportedly had been mulling retirement after this season anyway. 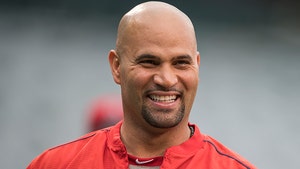 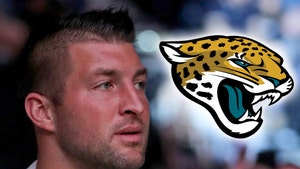 Tim Tebow Gunning For NFL Comeback As Tight End, Works Out For Jaguars