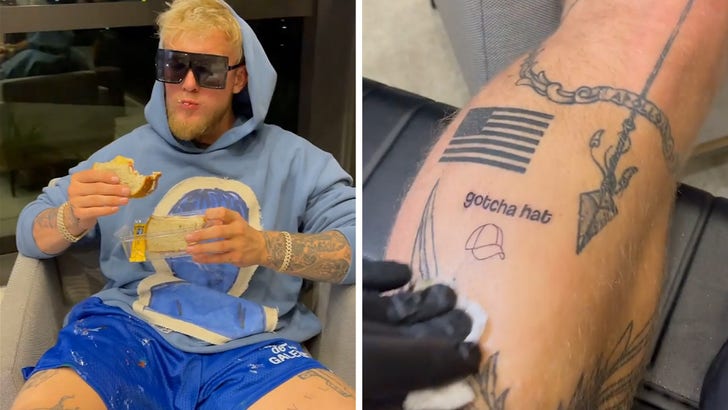 The black eye and bloody mouth will fade ... but Jake Paul was still able to get a permanent reminder of his altercation with Floyd Mayweather -- immortalizing the incident with a new tattoo!!

The YouTube superstar showed off his new ink Thursday night -- just hours after he was roughed up at Hard Rock Stadium by Floyd and the boxer's bodyguards ... and it's pretty damn funny.

The tat -- located just below his right knee -- reads "Gotcha Hat" and features a picture of a baseball cap.

Of course, after Jake famously stole the hat off Floyd's head following the Floyd-Logan news conference in Miami -- he shouted repeatedly, "Gotcha hat!"

The scene was wild ... Jake got pummeled after stealing the cap -- and showed off a shiner and a bloody mouth in a video of the aftermath.

But, Jake's been having a great time with it all regardless ... talking all kinds of smack, getting the tat AND selling new "Gotcha Hat" merch.

Logan and Floyd are set to face off on June 6 ... and we're fired up for that -- but there's got to be Jake vs. Floyd immediately after that. 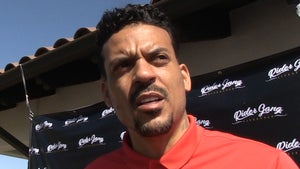