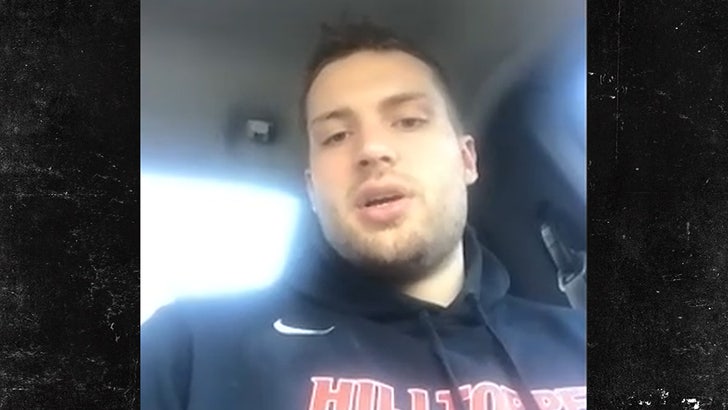 23-year-old Williams' story is pretty wild -- he was named Kentucky's Mr. Basketball as a high schooler in 2016 ... and spent the past 3 seasons playing basketball for WKU, averaging 10.9 points and 6 rebounds per game.

Despite not stepping foot on the gridiron since the 8th grade, the 6'5", 254-pound forward decided to take a leap of faith and participate in WKU's pro day as a tight end last month.

The risk paid off -- 'cause the Las Vegas Raiders were so impressed, they decided to sign Williams to a contract as a tight end.

"It still hasn't completely set in, but I'm obviously very happy, very excited and looking forward to getting to work," Williams tells us.

As it turns out, Williams ain't the only former WKU star to make the jump to the gridiron -- Fant was an all-conference forward for the Hilltoppers from 2011-15, averaging 13.8 points and 8.4 rebounds during his senior season.

Williams says he met up with the Jets lineman/tight end to pick his brain about turning to football ... and by the end of the conversation, his mind was made up.

Williams believes his hoops background will be beneficial -- he tells us his foot skills, work ethic and athleticism will give him a solid start on the football field.

Williams says guys like Antonio Gates, Tony Gonzalez and Jimmy Graham -- who also played college basketball before ending up in the NFL -- also inspired his switch to football ... and he explains why the Raiders made the right move.

"They're gonna get a hard-working guy, I bring dedication, discipline and I'm not gonna be outworked by anybody." 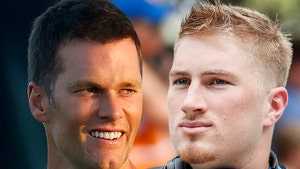 Tom Brady Taking New Bucs QB Kyle Trask Under Wing, He Wants Me To Throw With Him! 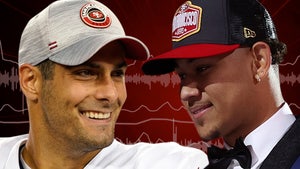 49ers' Jimmy Garoppolo Down To Mentor Trey Lance, No Beef With Rookie QB