***WARNING: FINISH OFF YOUR MONDAY MORNING WHEATIES BEFORE CLICKING THIS!!!***

AEW star Christopher Daniels just revealed his eye is a bloody and bruised mess ... and it's all 'cause his face got kicked into a ringside pole during a match last week.

The gruesome injury all went down during AEW Dynamite on May 12 when Daniels and his partner, Frankie Kazarian, were in a heated tag team bout against Matt & Nick Jackson.

After several minutes of grueling action ... Daniels was outside the ring when Nick launched a surprise attack on the 51-year-old, kicking him in the face. 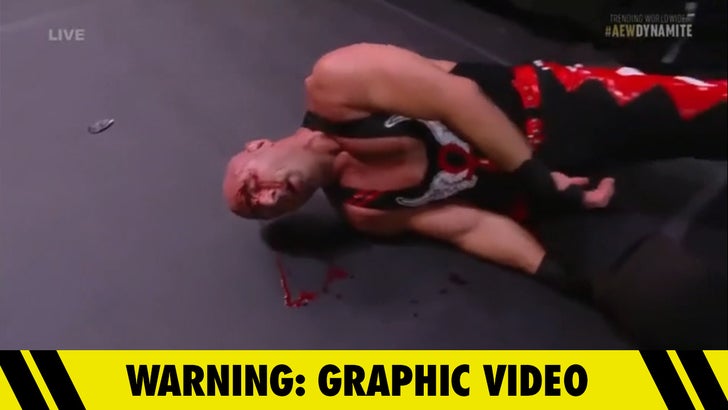 The boot landed so flush, it sent Daniels' head crashing into a pole -- and you can see in video of the play, he immediately started bleeding profusely from his eye area.

Daniels was able to finish the match despite losing a TON of blood ... but days later, he showed the repercussions for doing that were severe.

Check out the photos both he and Kazarian shared ... his eye is red, swollen, bloody and bruised!!!

The somewhat good news? Daniels' Wednesday match could have been his last ever (he and Kazarian agreed to split after they lost), so the guy should have plenty of time to heal now. 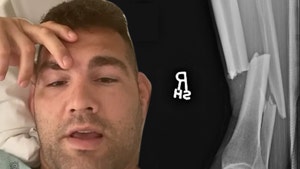 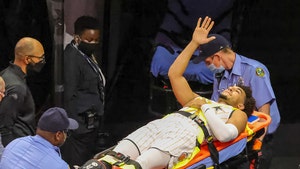