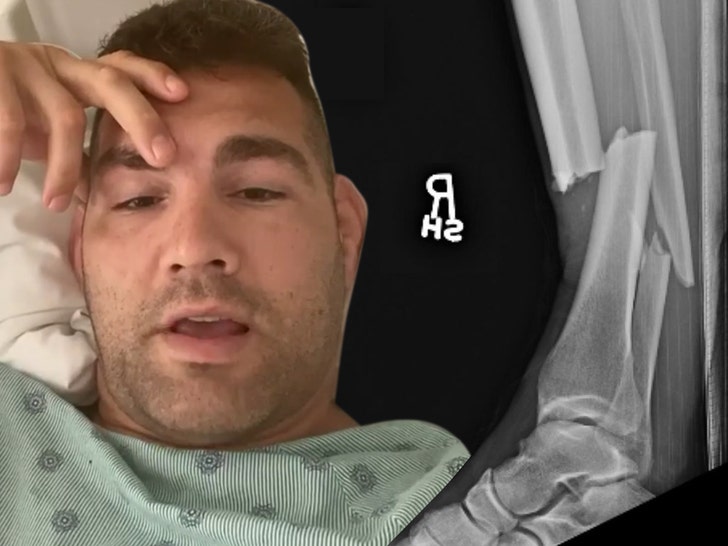 Except that's the x-ray of Chris Weidman's mangled leg bones ... and good lord, that must've hurt!!

"Before and after X-rays of this nightmare," Weidman said Tuesday morning ... 3 days after snapping his tibia and fibula at UFC 261.

Weidman spelled out the main concern is his recovery -- and it's jaw-dropping.

"The primary concern is the bone punctured through my calf and skin when I put my weight on it, making sure the laceration doesn't get infected."

Weidman says despite the severity of the injury, doctors told him he'll be leaving the hospital TODAY -- and he's "excited to get back home."

36-year-old Weidman suffered the injury to his right leg while throwing a kick against Uriah Hall in the opening seconds of their UFC 261 fight in Jacksonville.

He was rushed to the hospital where doctors performed surgery to treat the injury -- which included using a metal rod to stabilize his tibia.

Weidman predicts his recovery will take 6 to 12 months -- and he's laser-focused on getting back in the Octagon to fight again ... clearly inspired by guys like NFL quarterback Alex Smith, who suffered a catastrophic leg injury only to return to the field after a tough rehab and recovery. 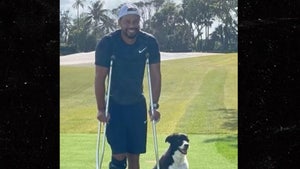 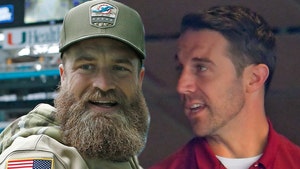 Ryan Fitzpatrick Laughs Off 'Worst Text' To Alex Smith After Injury, Felt Like An A-Hole!