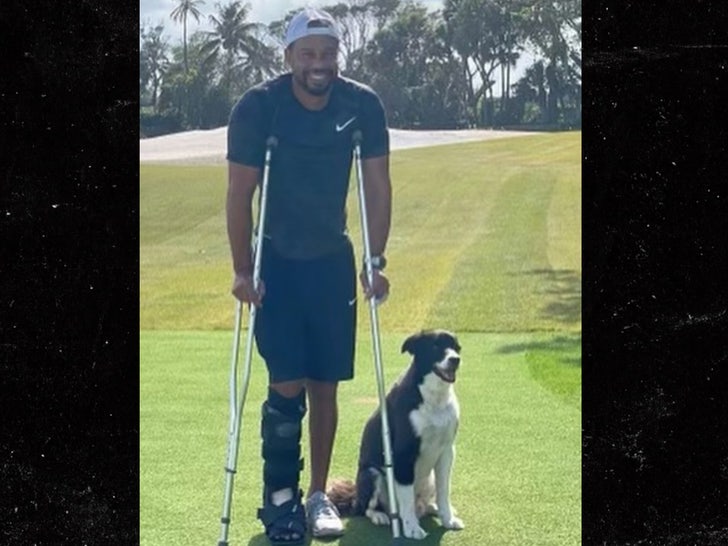 The golf superstar is up on his own two feet -- and flashing that trademark smile -- to mark the 2 month anniversary of that horrific car crash.

45-year-old Tiger is standing on crutches at one of his golf courses -- with a medical brace on his lower right leg and ankle ... standing next to his beloved dog.

"My course is coming along faster than I am," Tiger wrote on IG ... "But it’s nice to have a faithful rehab partner, man’s best friend."

It's a great sign to see Tiger smiling and upright ... considering the catastrophic injuries he suffered during that Feb. 23 car wreck in Southern California.

As we previously reported, Tiger suffered comminuted open fractures in his right leg -- meaning the bone was shattered in at least 2 places and broke through the skin.

Doctors used a rod to stabilize it, according to Tiger's medical team -- and he's reportedly been spending the past several weeks recovering and rehabbing at one of his residences in Florida.

Tiger was driving through Rancho Palos Verdes on his way to an L.A. golf course when he crashed his Genesis GV80 SUV down the side of a hill -- wrecking the car and suffering major injuries.

Investigators determined Tiger was doing driving at speeds between 82 and 87 MPH leading up to the crash -- more than 40 MPH over the 45 MPH speed limit ... and was doing 75 when he collided with a tree. 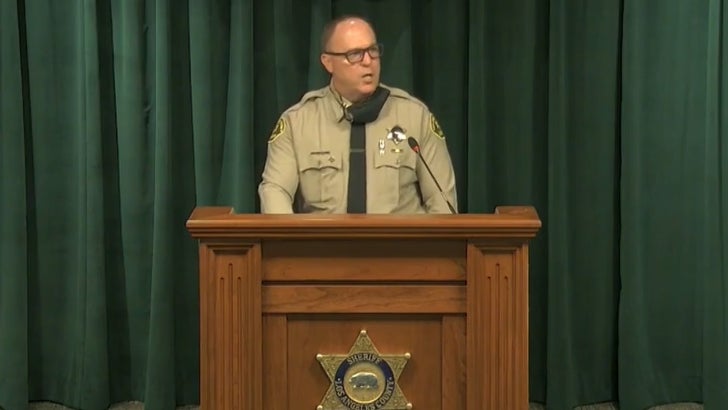 Officials said Tiger showed no signs of impairment and believe he may have panicked behind the wheel and stomped on the accelerator instead of the brake when he realized he was losing control.

Woods obviously missed The Masters tournament due to his injuries and many wonder if he'll ever be able to play pro golf again.

But, this photo of Tiger at the course on Friday is definitely a good sign. 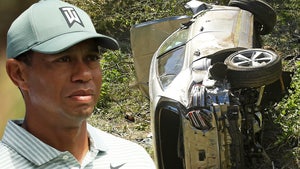 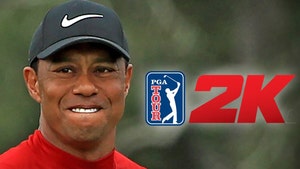