Danny Masterson claims Leah Remini was pushing the LAPD to get him prosecuted in his rape case ... and threatened to put them on blast if they dropped the ball.

In docs, obtained by TMZ, Masterson claims Leah's meddling in his case was so outrageous she had an LAPD detective named Becker, who allegedly moonlighted as her bodyguard, making calls about his rape case.

In docs, Masterson claims this police officer/bodyguard "had a history of trying to influence LAPD investigations" at Leah's direction. Masterson claims when the cop contacted Austin PD in 2016 about Jane Doe 3's police report, the Austin PD detective was so taken aback by it she wrote in her report "Becker has no professional investigative interest in this report, as he does not investigate sexual assault cases. It is later revealed he is Leah Remini’s close friend.'"

Masterson also claims Leah discussed telling the Jane Doe stories on her TV show, "Scientology and the Aftermath." He claims she had spoken to the girls and had intentions of putting them on her series.

The collusion runs so deep, Masterson claims, Leah wanted to attend the DA's interviews of the women, and he alleges the Deputy DA played ball for a while ... before things went south between Leah and prosecutors.

In the docs, Masterson claims Leah threatened the prosecution with a negative PR campaign, saying, "I told [Det.] Reyes from the beginning, ‘I’m telling you, if you screw this up I’m putting you and the whole LAPD on Blast. Not because I want to, but because they deserve to be heard.’ And you can’t keep being in business with the Church of Scientology because you have no balls.”

As we reported, Masterson claimed Leah's anti-Scientology campaign is the driving force behind the accusations in his rape case.

We've reached out to Leah's team for comment, so far no word back. 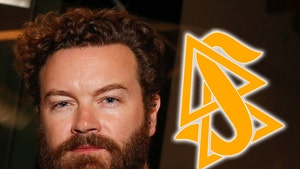 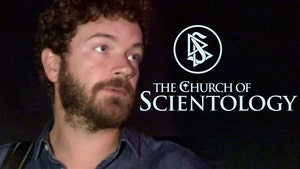