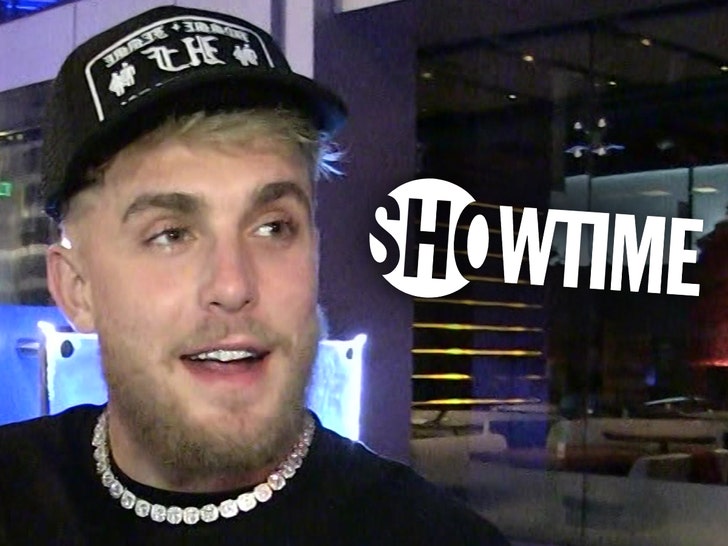 Jake Paul is following in the footsteps of boxing legends like Floyd Mayweather and Manny Pacquiao ... he just signed a multi-fight deal with Showtime Sports.

Both Jake and the network have confirmed the deal -- which also means Paul's run with Triller is over for now.

No word on how much money Paul will pocket from his new contract with Showtime -- or when he's expected to get in the ring.

But, ESPN's Marc Raimondi reports the two sides are in "advanced talks" about locking in Paul's next opponent -- as well as a date and location.

Also, no word on how much cash Paul will make from the contract.

But, it's huge news for the 24-year-old YouTube sensation who's been destroying opponents like Nate Robinson and Ben Askren since turning his focus to the sweet science a few years back.

Paul -- who's now 3-0 as a pro -- was the main event for the Triller Fight Club PPV event on April 17, when he knocked out Askren in the 1st round.

Paul bragged the event pulled in more than 1 million PPV buys -- which is massive ... begging the question, why would Triller let him walk?

Triller honcho Ryan Kavanaugh told The Athletic's Mike Coppinger there were NO plans for Paul to headline a card moving forward and the April event was simply a novelty.

"Paul being anything other than an undercard for us would change it from novelty to unacceptable,” Kavanaugh told Coppinger.

He also commented on Showtime signing Paul -- "Imitation is the ultimate form of flattery."

As for Jake, he's fired up about the move -- saying, "BOUTTA PUT ON ANOTHER SHOW."