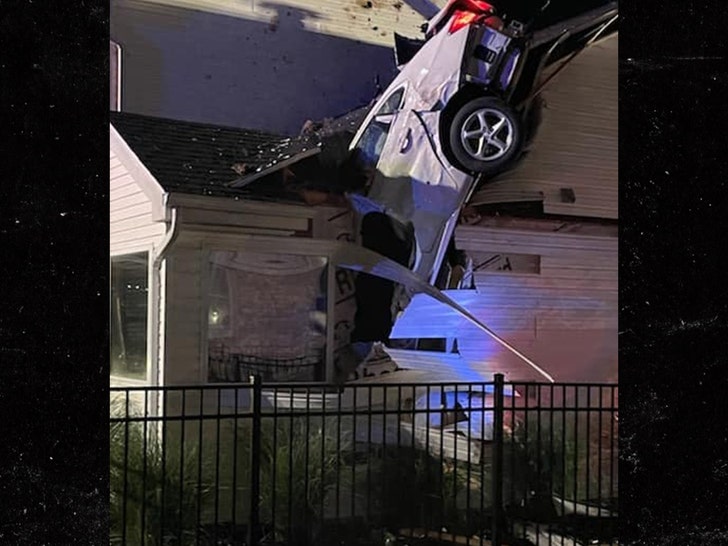 A Missouri family's emotions had to be through the roof this weekend ... this after a car came smashing down through their actual roof, all thanks to some stupid teens.

Two high schoolers -- who had reportedly just come from a graduation party -- somehow lost control of their vehicle very early Sunday morning while cruising a street near Eureka, MO ... and came toppling down a hill, only to come to a crashing halt via somebody's house. 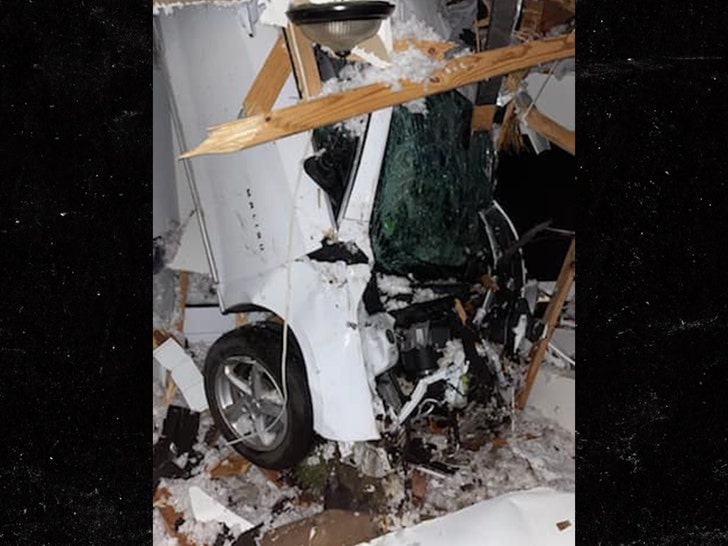 Yep ... their car literally torpedoed through the ceiling of a family home -- and the car landed mere feet away from where the mister and missus were sleeping in the master bedroom.

According to reports ... the 2 people in the car were actually able to crawl out of the wreck and walk out the front door, seemingly unscathed. And yes, thankfully the couple -- who had at least a couple of kids in the house too, BTW -- were miraculously left unharmed as well. 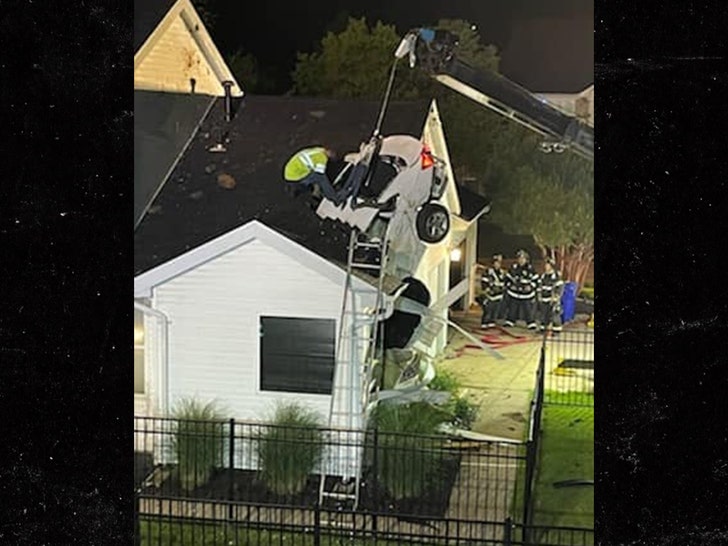 The local fire department was called ... which captured these gnarly photos of the wreckage.

No word on *how* exactly the presumed grads ended up barreling down an embankment this badly in the first place -- but ya gotta figure the local authorities are investigating, and looking into whether alcohol or drugs might've played a role.

And, you thought your morning alarm was an annoying wake-up call, huh? 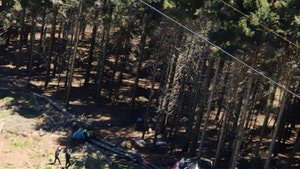 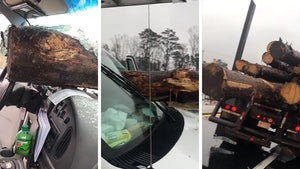 You Might Want to Rethink Weird News Car Crashes Viral