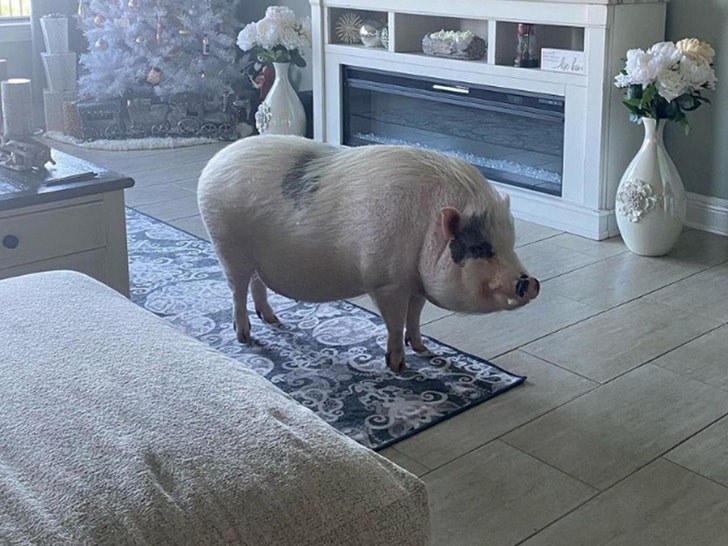 WWE superstar Alexa Bliss is mourning the death of her pet pig, Larry-Steve -- claiming the animal died in severe pain after multiple veterinarians turned them away because he was just too big.

Bliss had raised Larry-Steve since birth back in 2017 -- and loved him like a member of the family at her home in the Orlando area. He evolved into a social media star who racked up nearly 90,000 followers on Instagram. 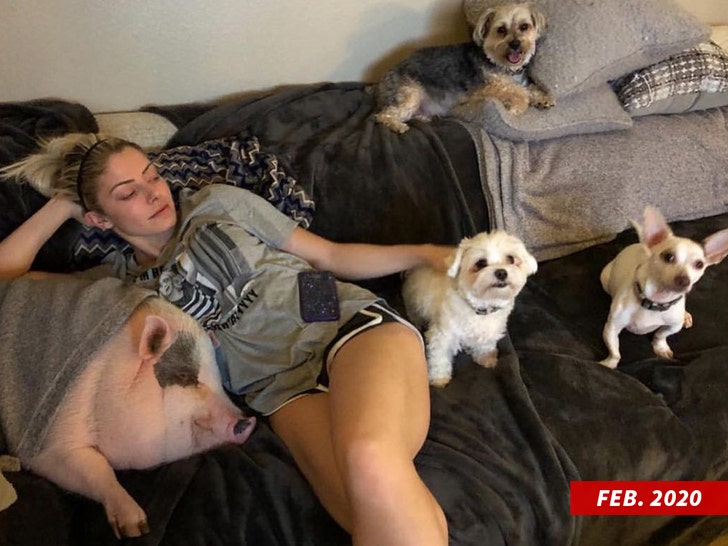 But, tragedy struck on Monday -- when Bliss says she noticed Larry had become extremely ill and it was clear he was suffering.

"Larry is very ill, can’t move or walk. In a lot of pain," Bliss said ... "His usual pig vet said she is not comfortable treating him in his current condition."

Bliss added, "Most vets are not comfortable treating pigs. If anyone knows of a pig vet please let me know."

Bliss says she ended up reaching out to 13 different animal doctors but couldn't find anyone close to care for Larry.

"Unfortunately in the state that Larry’s in right now there’s absolutely no way we are going to be able to transport him. He is in too much pain and weak."

Bliss says some vets hung up on claiming they only treat pigs "up to a certain weight" ... and Larry was just too big.

Later that day, Alexa had to leave for work to shoot "Monday Night Raw" -- but left him in the care of her family while she spoke with him on speakerphone.

"It is heartbreaking that all I can do is just listen to him squeal in pain and no one will come help. No one will even just come and give him pain meds to help take care of his pain."

Alexa posted a message on IG noting he died on the day before his 4th birthday. 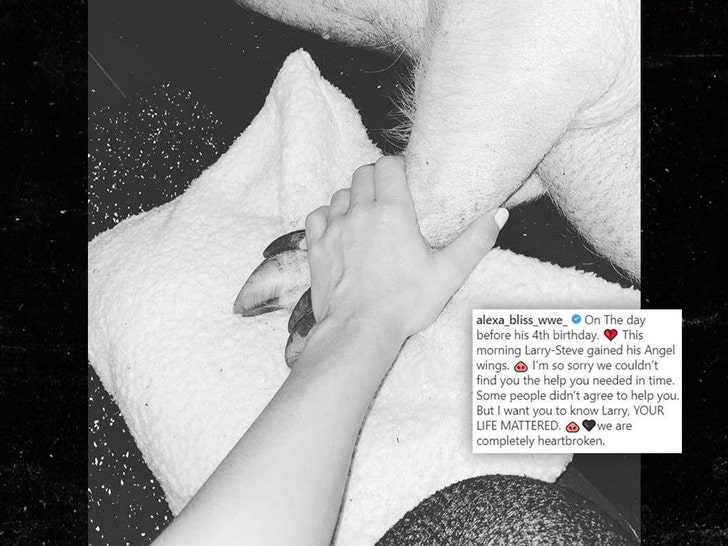 "This morning Larry-Steve gained his Angel wings," Bliss said ... "I’m so sorry we couldn’t find you the help you needed in time."

"Some people didn’t agree to help you. But I want you to know Larry, YOUR LIFE MATTERED. We are completely heartbroken." 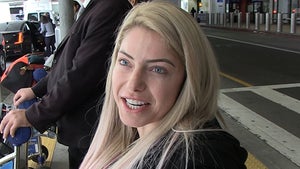 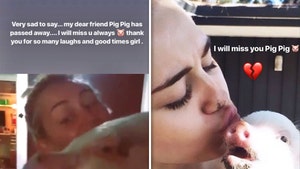