A true one-of-a-kind pair of Michael Jordan's Air Jordan 1's just hit the market and they're literally from before the start of all J's -- 'cause it's his sample sneakers!

Yes, a sample sneaker ... meaning these red, black and white kicks were specifically made for His Airness to test out before releasing 'em.

And, these samples are verified .. with the code "850204-TYPS" on the tongue which means these 1's were made between February and April in 1985 -- and TYPS is "Tong Yang Player Sample".

Another dope authentication check is the mismatched sizes .. 13 for the left foot and 13 1/2 for the right  -- 'cause MJ always wore a bigger size on his right foot! 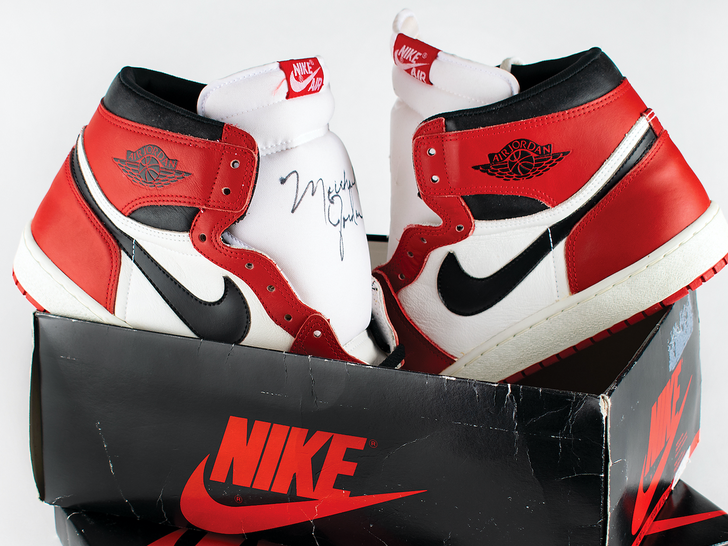 Even though MJ never wore 'em, they were autographed by the then-rookie and it comes with the original NIKE shoebox.

The owner of the kicks got 'em back in the '80s -- when he was a director of communication for a gas and electric company and during his business meeting with a sports agent, he was asked 'what sports figure I admired'.

Jordan was one of them .. and then a few weeks later, he received the shoes in the mail!

The auction comes to a close on June 16 ... so you still got some time to put in your bid! 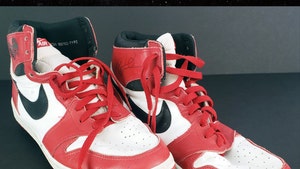 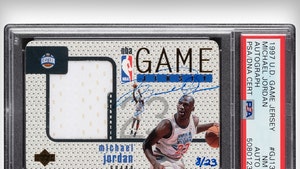