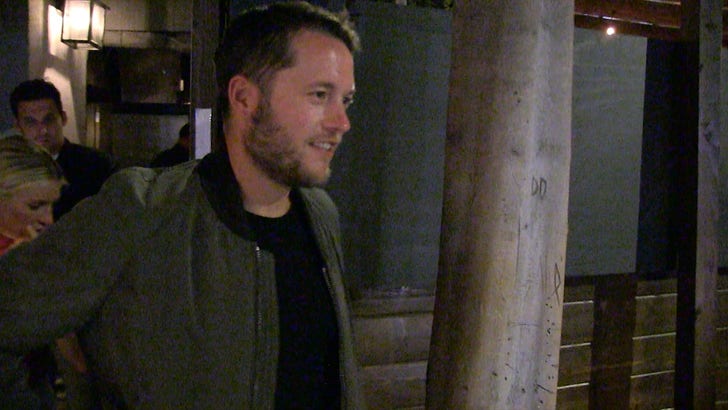 Matthew Stafford got one of his first tastes of the L.A. nightlife scene this weekend -- and there were paps, autograph seekers ... and even a fun answer about a silly tiff with his old pal, Clayton Kershaw!

It all went down Saturday night at Craig's ... where Matt -- who was just traded from Detroit to L.A. in March -- got in a night out on the town with his wife and friends.

You can see in the clip, the new Rams QB is clearly going to be VERY popular in his new city ... dude didn't even step 3 feet out of the restaurant before people wanted his John Hancock!

Of course, we were also there ... and we had to get his take on his old high school teammate, Kershaw, saying he would NOT wear Stafford's new jersey around L.A.

If you missed it, just a few weeks ago Kershaw went on the 'Dan Patrick Show' and said he's excited for Stafford's L.A. stay, but added he wouldn't be wearing Matt's Rams uni anytime soon.

But, Matt laughed that all off Saturday ... telling us he's got no beef with his friend -- explaining, "That's alright!"

Successful trip out and about in L.A. for Matt ... and with the city set to lift major COVID restrictions this week, maybe see ya out for Round 2 this weekend?! 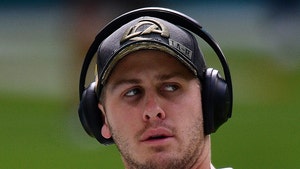 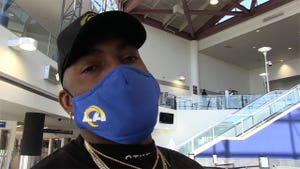