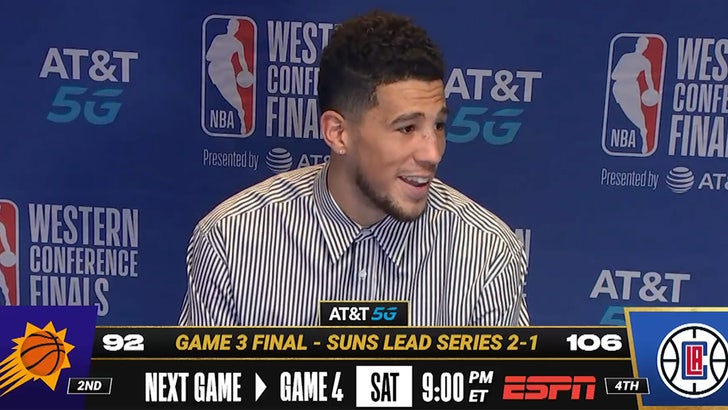 "Like eight shots to numb it up and then they go in there and put it back -- they break it again. They break it back in place."

That's Devin Booker describing the straight-up horror show he had to go through after breaking his nose earlier this week ... and yeah, it feels like a miracle the Suns star was able play Thursday night!!

The 24-year-old broke it all down for reporters after struggling in Phoenix's loss to the Clippers in Game 3 of the Western Conference Finals ... saying the procedure he went through Wednesday to fix his facial issues was GNARLY.

"It's a procedure that they usually say they put you under [anesthesia] for," said Booker, who broke the nose in 3 places after clashing heads with Patrick Beverley in Game 2 on Tuesday.

"But we had a flight out a couple hours later, so they just numbed it up -- all over the place, it felt like."

Booker called the surgery "probably the worst part" of his entire injury process ... but, shockingly, he said he felt okay about 24 hours later while playing in the game.

He swore, though, the mask and injury were NOT a problem ... saying it all didn't affect his play one bit.

"He got the mask; he's fine," Booker's teammate, Chris Paul, said. "We're not one of those teams looking for excuses and all that stuff. Give [the Clippers] their credit -- they played really well tonight." 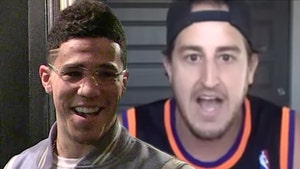