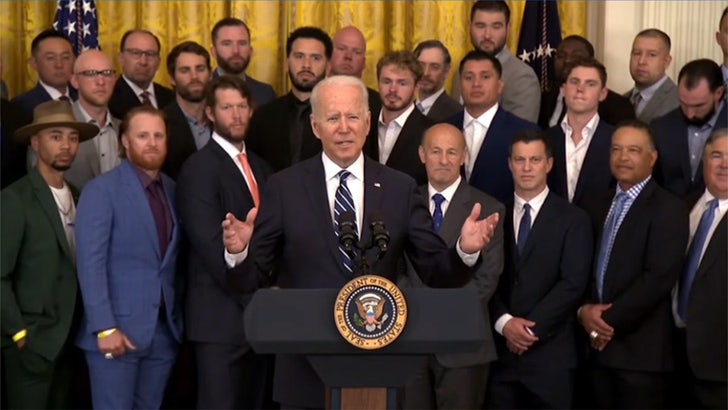 President Biden's already predicting who will win the 2021 World Series ... he's going with the L.A. Dodgers!!!

The Prez made the prediction Friday in his opening remarks at the White House as he hosted the Doyers in the East Room. Biden said, "We may be doing this by the end of the year." He's not wrong ... the Dodgers are the odds-on favorite to repeat as champs.

The Champs clean up nice. pic.twitter.com/lUW6vLUUAP

The Boys in Blue are the first championship team to visit 1600 Pennsylvania since the COVID shutdown. It's also the first time the Dodgers visited the White House as champions since last doing so in 1988 ... Ronald Reagan's last year in office.

While the visit is a first for stars Cody Bellinger, Justin Turner and Clayton Kershaw ... this is also Mookie Betts' first trip to the White House. Betts led the Boston Red Sox to the 2018 World Series ... but the then-reigning AL MVP decided not to attend the 2019 ceremony when Donald Trump was in office.

In any event ... the team showed off their fire fashion sense. Kenley Jansen opted for a slick tux, while Mookie, ever the GQ man, borrowed a page from Pharrell's fashion playbook.

But, major props to Joe Kelly ... who showed up to the WH with the mariachi jacket he got from a mariachi band member he met at Dodger Stadium. Eso!!!

As for Trevor Bauer, who is embroiled in controversy over an alleged assault, he did not attend because only those who played on the 2020 team were invited. Bauer signed with the Dodgers this offseason. 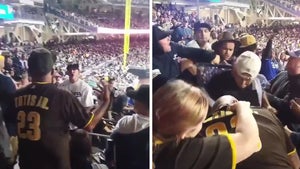